The Fujifilm X-E2 is a mirrorless interchangeable lens camera which had been unveiled back in October last year, and has made its way into India finally. This shooter has its retail value set at Rs 76,999, and it boasts of impressive features that go on to justify that price tag.

Talking about its basics, it grabs hold of a 16.3MP APS-C X-Trans CMOS II sensor and an EXR Processor II. During the time of its launch, this camera had the world’s fastest AF speed of 0.08 seconds, but that record was just broken by the Sony Alpha 6000 by exhibiting just a 0.06-second lag while focusing. 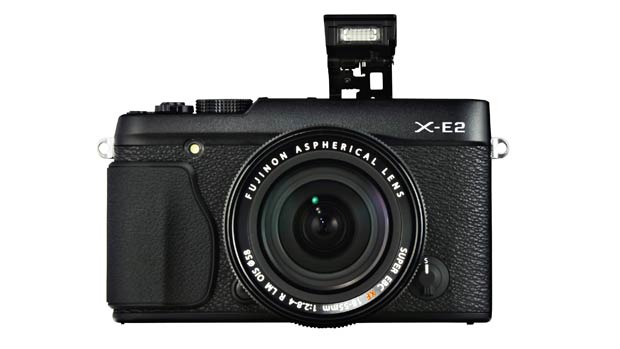 Built with support for the X Mount range of lenses, the Fujifilm X-E2 kicks in Lens Modulation Optimizer technology which provides its images with increased sharpness. This camera also offers a 2.36 million dot OLED electronic viewfinder and a 3-inch LCD monitor. Aside from its built-in pop-up flash, it of course bears a hot shoe attachment as well.