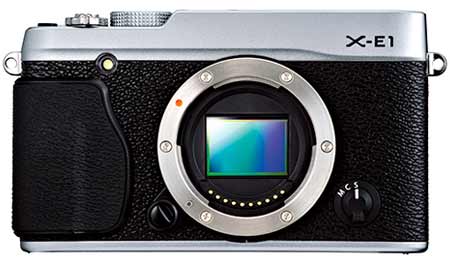 The Fujifilm X-E1 is the latest addition to the X series of interchangeable lens cameras from the company, which plays successor to the X-Pro 1. Compatible with the Fujinon XF lens range, this imager with a compact form factor crams in the X mount as well as a CMOS sensor, OLED electronic viewfinder and built-in flash amongst others.

Drenched in shades of silver and black, the Fujifilm snapper is constructed using magnesium and weighs not more than 350 grams. Its OLED viewfinder has been fitted with a lens structure that comprises two glass elements and a double aspherical element, which team up in order to render high resolution visuals. The camera is integrated with the EXR Processor Pro and a 16MP APS-C X-Trans CMOS sensor with a color filter to deliver pictures with vivid colors. Additionally, the sensor captures low-noise images and even lets photographers have the bokeh background effect in their still shots. 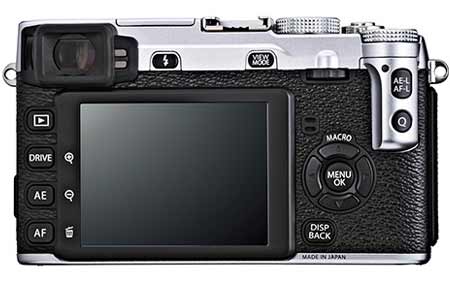 While the incorporated X mount makes it compatible with XF lenses, it can work with the M series lenses as well, but with a little assistance from Fujifilm M mount adapter. Its in-camera effects like Film Simulation Modes should help amateur photographers to enhance their images. The device even features a 2.8-inch LCD screen as well as a 2.5mm headphone jack for external microphones. And need we mention that it also allows users to record HD movies of 1920 x 1080p resolution at the rate of 24 frames per second.

The Fujifilm X-E1 price and release date have not been given a mention, but the device is expected to hit store shelves in autumn this year.