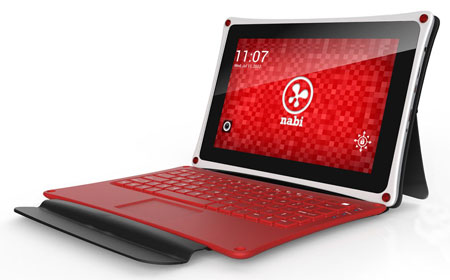 The Fuhu nabi XD release date and price have been announced, and the tablet for tweens is set to make a limited run entry in late December before its goes on sale in the US next year. A first from the company that recently announced the nabi Jr., the tablet comes with NFC technology. It offers productivity and gaming apps as well as a dynamic gadget-based user interface that changes depending on time and location.

Not much information is known in the way of the device’s specs, but it features a 10.1-inch HD capacitive touch screen with IPS technology and a resolution of 1366 x 768p. It makes use of the quad core Nvidia Tegra 3 processor, with a power-saving fifth core that helps extend battery life. And Fuhu claims it can go for up to 10 hours in between charges.

We also know on what platform it runs; and in that respect, it gives users a taste of Android Jelly Bean. But there will be layer on top of the Google OS which might draw resemblance to Microsoft’s Windows Phone 8 operating system. It consists of a tiled grid of dynamically updating gadgets, widgets and apps, based on rules that can be set by the user. For example, users can adjust it so that their favorite gadgets pop up when needed, as per the time and location. 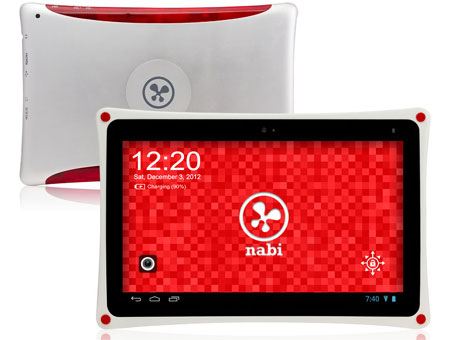 The UI also allows having multiple home screens. Again a set of rules can be tailored to govern the screens based on the time of day, GPS location and Wi-Fi networks. And it’s not just an ‘ultraportable’ tablet for kids. Being a hybrid device, it can show its notebook face with pad-folio and the integrated silicone keyboard cover.

When launched, it will be the first in the series to feature NFC connectivity allowing users to easily sync it with other devices. In fact, Jim Mitchell, CEO of Fuhu, says it boasts of the most powerful specs in the company’s tablet family. And beyond simply for learning, the tablet’s features are well suited to gaming and content.

The Fuhu nabi XD is scheduled to go on sale towards the end of December in a limited release before being made available across the US in mid-January next year. The 16GB model will sell for $249 and the 32GB version will set customers back $349. The pad-folio keyboard and other accessories will be made available in January 2013.