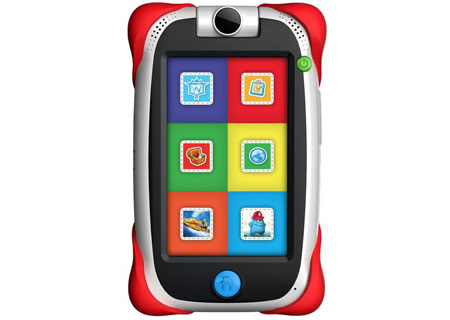 The price of the Fuhu nabi Jr. has been introduced and the tablet for kids comes pre-loaded with educational apps, videos and games, as well as the Android ICS platform. At a time when two cameras are fast-becoming a benchmark in the industry, the company neatly positions a single rotating front and back camera at one end of the device.

Two storage capacity models (4GB and 16GB) will be available, but unlike its older sibling, it runs on a dual core Nvidia Tegra processor, instead of the quad core Tegra 3 chip with a power-saving fifth core. A 5-inch capacitive touch screen has been fitted on the device which displays content at 800 x 480p resolution.

As for the operating system, we’ve already mentioned that it runs on ICS, Android v4.0 specifically. From the image posted above, it is pretty clear what the company means by ‘rotating front and back camera,’ although no mention has been made about the resolution of the snapper itself.

Known for its child-oriented tablets – the nabi 2 in particular picking up a few accolades for its speed of operation and powerful performance – the company targets an even younger age group with the nabi Jr., which is aimed primarily at pre-kindergarten and kindergarten kids. 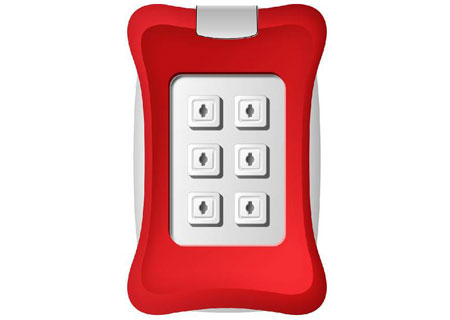 In addition, the tablet will come with the Wings education system to facilitate learning and creativity. The Wings Adaptive Learning System, Challenges and University are three suites which combine learning with fun and target children’s reading, writing and math skills. Also, Wi-Fi and Bluetooth connectivity make it easy to download games and other apps from the company’s store built specifically for kids.

Several accessories are also designed to work in conjunction with the device such as a wireless baby monitor, karaoke machine and game controller, the last of which can be used with games that require better modes of control. There is even nabi Pet and kids can learn to take care of an animal, much like Sony’s EyePet.

The Fuhu nabi Jr. will be made available in retail stores as well as online in North America, the UK, Korea, China and Japan in mid-December. It will retail at $99 for the 4GB version and $129 for the 16GB model. The accessories will be released a little later in February 2013.