Huawei plans on launching a new flagship device at the MWC 2014 along with the Ascend G6 mid-range smartphone and the MediaPad X1 high-end tablet. While not much is known about the former handset, the latter phone and the slate have been victims of numerous leaks over the past few months and a new round of images have surfaced for both devices.

The Huawei Ascend G6 was first spotted in China where it received certification from the regulatory authority. Back then, fuzzy images of the handset were provided, but thanks to EvLeaks, we now have a glimpse of the final device. The leaked press shots (see below) show the phone in multiple color options and a design that’s quite similar to that of the Ascend P6.

What we know about the Huawei Ascend G6 so far is that it will have a 7.5mm thick form factor and a qHD 960 x 540p display. The screen will be sized at 4.5 inches. Apart from this, the device will have a 5MP front camera and an 8MP rear snapper. On the inside, a quad core 1.3GHz MediaTek processor will do the heavy lifting, while 1GB of RAM and a microSD card slot will take care of memory.

The handset will run on Android 4.2 Jelly Bean and sport the company’s Emotion UI 2.0. Coming to the Huawei MediaPad X1, hands-on images of the device were spotted at 1pad.cn. This tablet falls in the 7-inch category and it will compete against the Nexus 7. 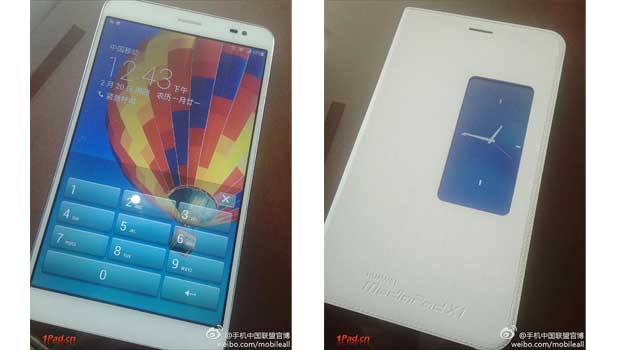 You can find specs of the Huawei MediaPad X1 below: