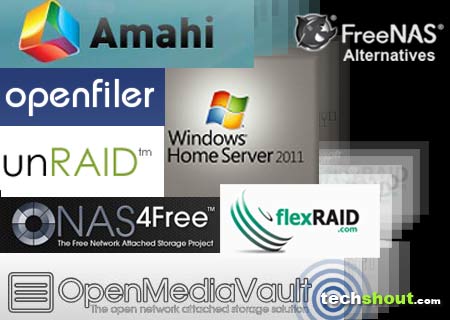 There are multiple reasons behind looking for FreeNAS alternatives. Despite the software being a popular choice and also intuitive to use for sharing content across multiple platforms like Linux, Apple, and Windows, there are always a few drawbacks that could make it a tedious solution. Also, with the launch of the latest iteration, a lot seems to have been changed. The developers have rewritten it from the ground up and in the bargain, even increased the hardware requirements. So if you’re looking for a substitute OS to get your Network-attached storage up and running, we’ve lineup up several viable choices below. 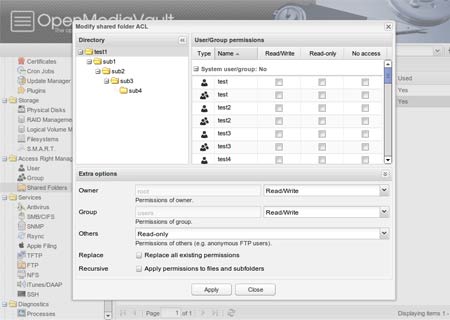 We’re starting off today’s compilation with OpenMediaVault, a simple and intuitive web platform which is based on Debian Linux. The developer states that you won’t need deep programming knowledge to get this tool up and running. Where features are concerned, it comes with support for services such as SSH, FTP, SMB/CIFS, DAAP media server and RSync amongst others. There’s a BitTorrent client in tow as well, and you’ll be able to enhance the experience through means of plug-ins. The software is free to use and is said to be an ideal pick for home servers or small offices. 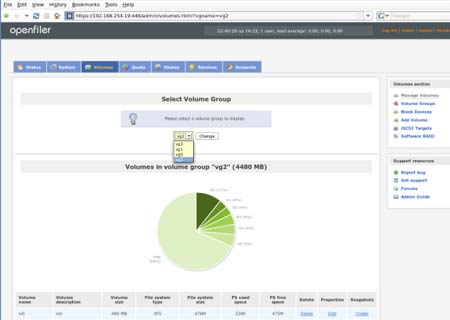 Up next on the software like FreeNAS catalog is Openfiler. This platform is compliant with various storage networking protocols including CIFS, NFS, HTTP, and FTP and it also supports RAID 0, 1, 5, 6 and 10 as well as software RAID with monitoring and alert options. Here, you’ll be able to attach over 60TB of storage and access your files and system settings through an intuitive web-based GUI. Openfiler is compatible with a wide range of hardware such as SAS, SATA, and SCSI disk technologies, x86- to x64 Intel Xeon and AMD Opteron processors as well as RAID controllers. 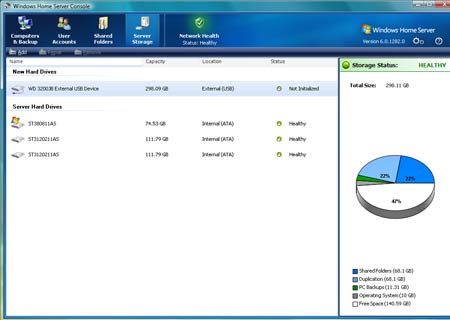 Windows is mostly a favorable choice around the globe. And so, it could be more convenient having a Network-attached storage operating on a Microsoft platform. That’s where Windows Home Server 2011 comes into play. With the OS, you can perform daily backups on multiple computers and even restore data of an entire PC. WHS 2011 comes with Windows HomeGroup for conveniently hooking up PCs running Windows 7 or later and Windows Media Center for accessing multimedia files on any device on the network. And where data security is concerned, you can choose what files are shared, while the rest are kept private. The Microsoft Windows Home Server 2011 64-bit version is available for purchase as a standalone through Newegg for $49.99. You can also acquire it through various configurations from manufacturers such as Acer, laCie, Tranquil, PC Specialist and ViridianPC. 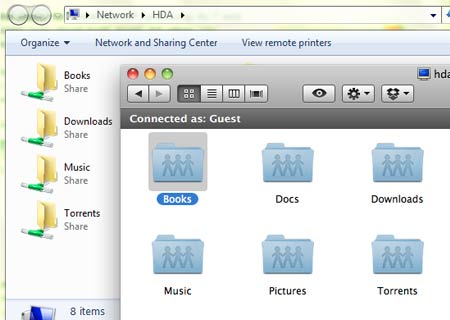 What makes Amahi a contender amongst the software similar to FreeNAS is that it caters to a specific crowd and if a decent home server is all that you want, then this might just be the right choice for you. The prime benefit is that all your data will be backed up to a central computer and from there, it can be conveniently shared with other devices. What’s more, if your main PC happens to fail, your files can be restored back again. You’ll also be able to securely access your content from almost anywhere with this software, that’s provided you set up a VPN. Well, these aren’t all – the developer has thrown in a host of shared applications that can be used to manage things around the house and even keep track of your family. 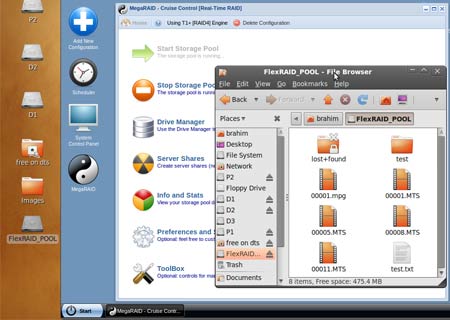 One of the key features employed in FlexRAID is storage pooling. This allows you to combine various HDDs of different sizes into one storage unit. From here, you’ll also be able to create your own private cloud storage. Additionally, it provides data protection and recovery through RAID, which is compatible over a wide catalog of file systems. And to make sure everything is operating smoothly, a data monitoring tool has been implemented which checks up on the drives’ health and provides alerts through SMS or e-mail if an issue is detected. FlexRAID can be purchased in two options – Storage pooling comes for $29.95, while the data protection package can be bought for $39.95. There’s also a combination offer where both tools can be jointly picked up for $59.95.

If you’re looking forward to building a custom media server with high storage capacities, then our next addition to the software like FreeNAS lineup could just be an ideal choice for you. The software is designed to boot from a USB device and it is capable of handling up to 38TB of memory. The unregistered version can take on up to 3 hard drives and if you’ve got more storage units hooked up, you’ll need to purchase a registration key. The platform is developed by Lime Technology and is available in multiple forms. The simplest way of obtaining the software is by downloading it from the company’s website. Apart from this, you’ll also be able to get it on a preconfigured USB drive which comes in 2 options. The $89 one has the Plus edition of the tool, while the Pro version can be picked up for $139. The developer is even offering it preloaded on hard drives and servers. 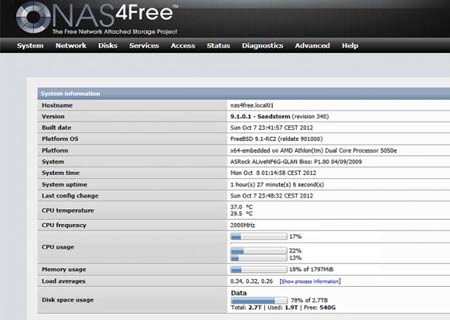 NAS4Free isn’t really a substitute for the software in question. In fact, this tool is the continuation of the 7 series being developed as a separate project altogether. Just like its counterpart, the software supports sharing across various systems running on Windows, Apple iOS and UNIX-like platforms. One of the main features employed here is ZFS v28 compatibility which tags along with a wide catalog of tools such as disk management, software RAID including stripe, mirror, and RAIDZ as well as combination, and disk encryption. In addition to these, it also brings in various protocols like FTP, NFS, TFTP, AFP, RSYNC, UPnP and BitTorrent. The platform can operate on a wide range of hardware even old servers and PCs.

Well, these are about all the FreeNAS alternatives we’ve managed to briefly describe. Apart from the aforementioned ones, there are a host of other platforms that can help you manage your Network-attached storage drives efficiently. And if you know of any such tools, do drop in the link along with a few words on the software below.