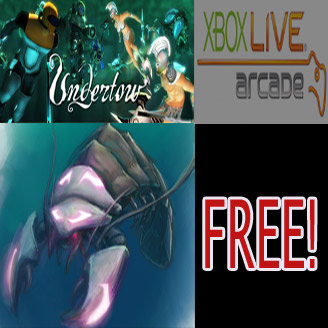 In early January 2008, good news came to all harrowed Xbox LIVE Arcade users. Marc Whitten, Xbox Live’s General Manager said that a single game titles would be offered free of cost to users as a way of “thanking subscribers for their patience with the service.”

Now, the game in question has been revealed as ‘Undertow’, the underwater shooter which was announced by independent video game production company Chair Entertainment way back in April 2007.

Microsoft’s Xbox Live Arcade service has been undergoing a lot of issues in recent times. In fact, a number of gamers have been complaining a lot.

It is also known that all Xbox LIVE members including both Gold and Silver, will be able to download the game, which usually costs 800 Microsoft Points from Wednesday 2:00 a.m. PST until Sunday, 11:59 p.m. PST.