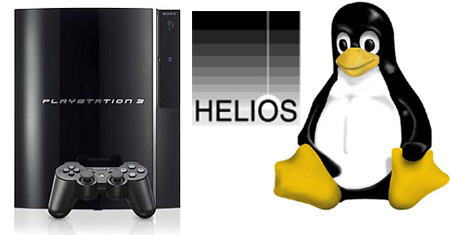 Helios Software, a leading developer of cross-platform networking, PDF and image server solutions for Mac, Windows, UNIX and Web clients has released a free download of is modified ‘Yellow Dog Linux’ (YDL) distribution optimized to use Sony PlayStation 3 as a test-drive server.

What’s more, Helios has prepared a stripped down version of Yellow Dog Linux for the purpose of providing a light-weight, low overhead server environment on the PS3, and at the same time, offers an exciting test-drive platform for its file, print, PDF and image server software.

The PS3 uses a 64-bit Cell Processor which runs at 3.2GHz, is PowerPC compatible with 256MB of main memory and has performance comparable to a G5 single CPU. The PS3 also comes with the NVIDIA RSX Graphics Processing Unit, and has a 60GB 2.5-inch swappable serial ATA disk and offers WLAN and Gigabit Ethernet for network connectivity.

Helmut Tschemernjak, CEO and President of HELIOS Software explained, “Our Linux distribution for PS3 is another milestone in our support for the Open Source Community. And bringing our software to the Ps3 underlines in the most obvious way, the Helios Software runs everywhere; Beginning with UNIX and Intel Linux to Mac OS X, Windows and now the PS3 Entertainment Center.”