BlackBerry phones were extremely popular in India back in the day and the company will be giving its fans in the country a good dose of nostalgia through its newly launched and much awaited Classic smartphone. The device is expected to go official on January 15 and invites are already out which makes no mention of the device, by the way.

But we know for sure that the BlackBerry Classic will be making its launch in India since it’s the only phone from the new lineup left to go on sale. The invites sent out state that we’re to ‘witness the unveiling of the new BlackBerry 10.’ It also mentions the line ‘serious mobility for serious business.’ 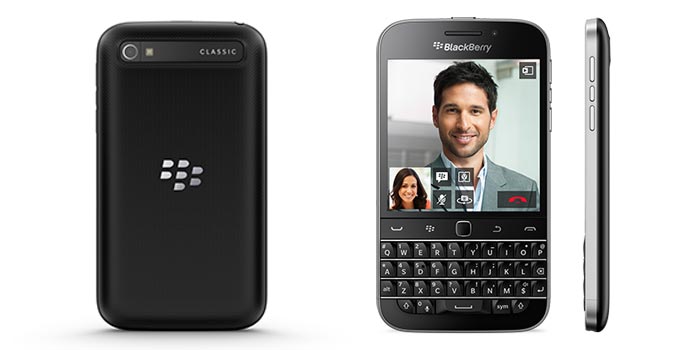 And considering that the mammoth-size Passport earned a lot of popularity, there’s no chance that the company will delay its latest release. The phone looks like a high-end BlackBerry from back in the day, but it has been modernized with the latest technologies, well, somewhat.

The phone brings back the classic button strip housing dedicated answer, reject and back keys as well as an optical trackpad. It has a 3.5-inch 720 x 720 pixel touchscreen on the top and a QWERTY keyboard on the bottom. The hardware is where disappointment kicks in as BlackBerry has employed some pretty old components.

Here’s a look at the main specs of the BlackBerry Classic smartphone:

Price and availability details for the BlackBerry Classic will be revealed on January 15 and we expect the handset to be exclusive to Amazon as well.