Emerging artists take note; we’re listing some really useful free multitrack recording software, so you’re able to make brilliant creations without feeling the money crunch. Utilities like Adobe Audition and others offer incredible features, but they’re also heavy on the wallets, and at times unaffordable to rookies. That’s where these recording tools come into the picture with their advanced functionalities, which though not as efficient as the premium ones, are enough for sufficing the needs of amateurs. All of them are available to be downloaded on PC, while some can even be snapped up by Mac and Linux users. And they all kick in distinct features that are aimed at suiting the needs of certain people. So, read along and find out which one is apt for you. 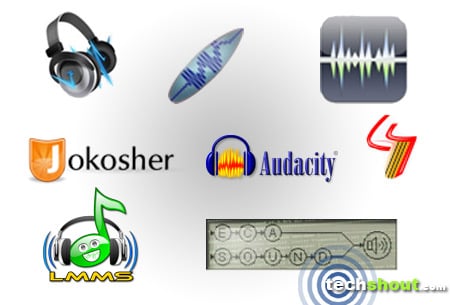 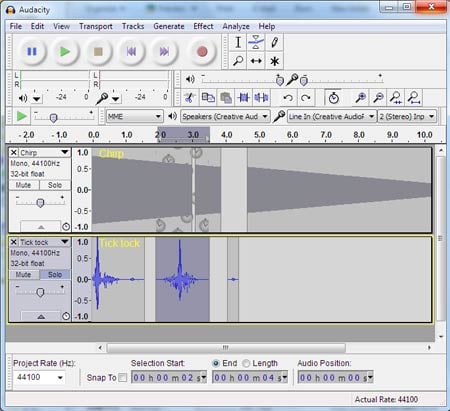 Audacity is one of the best such tools available out there. This unbeatable utility possesses a gamut of different attributes that make you wonder how it can be made available without any fee. It can be downloaded on PC, Mac as well as Linux. Apart from capturing numerous tracks of sounds at the same time, Audacity is also capable of adding effects to them, altering their quality and more. Its simple user interface is a breeze to get yourself used to, while its ability to edit Ogg Vorbis, MP3, WAV as well as AIFF files doesn’t leave a lot to be desired. 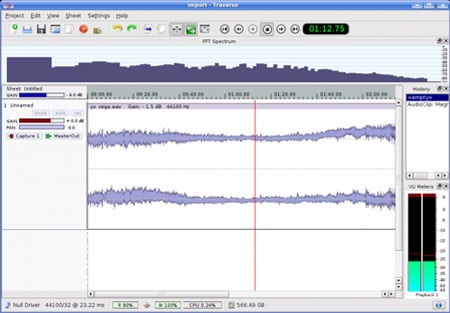 Particularly useful for musicians, this second addition to our compilation of multitrack recording software is as much well suited to grab a single voice as it is to grab that of an entire orchestra, as stated by its developers on its official site. Traverso DAW too grabs hold of a no-nonsense user interface, so there’s not much to bother for first-time users, making it suitable for home as well as professional use. It supports effect plugins and offers the benefits of on-the-fly sample-rate conversions. It can be downloaded for PC, Mac and Linux. 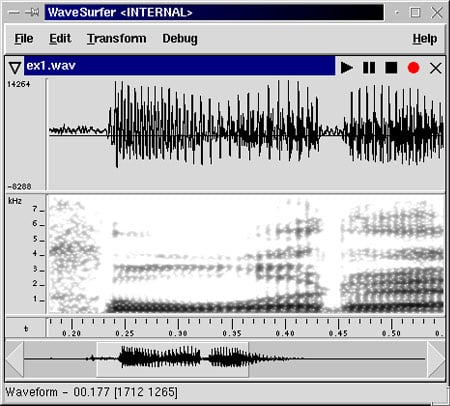 WaveSurfer is broadly used around the world as an aid in the study of acoustic phonetics. Its powerful features are highlighted by its interactive display of sound pressure waveforms, spectral sections, spectrograms, pitch tracks and transcriptions. And apart from that it is also able to perform basic editing operations such as excision, copying, pasting and zero-crossing adjustment, while providing effects like fading, normalization, echo, inversion, reversal, replacement with silence and DC-removal. It is available for download on all major platforms. 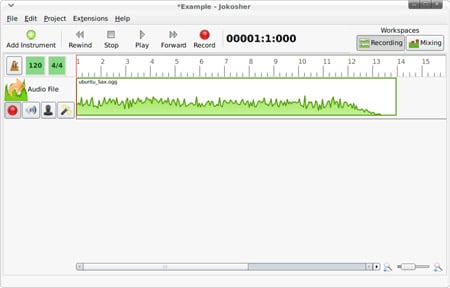 The next entry to this list of multitrack recording software is called Jokosher and is available for Linux, PC and Solaris operating systems for free. It uses GStreamer as its audio back-end, leading it to render support for files like Ogg Vorbis, MP3, FLAC, WAV and others supported by the multimedia framework. VU sliders also make their way into the application for providing in-depth feedback when volume is being altered. All in all, Jokosher is a nifty toll which is easy to handle and yet, grants rich and varied features. 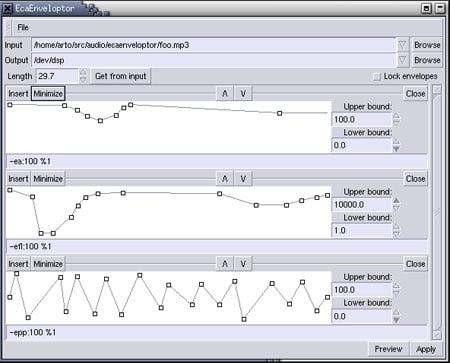 Ecasound can be described as an apt tool for simple tasks like audio playback, sound capturing and format conversions as well as for complex processes such as effect processing, mixing, sound capturing and signal recycling. Its unique console mode user-interface is incredibly convenient to have a go at. Moreover, it supports a large variety of sound-based file formats which can also be counted as an advantage. It provides various different ways in which a user can combine effects and audio objects, while also allowing them to control their parameters with operator objects like oscillators and MIDI-CCs. Although it is Linux-based, it is available on Mac, Solaris and Windows (through Cygwin). 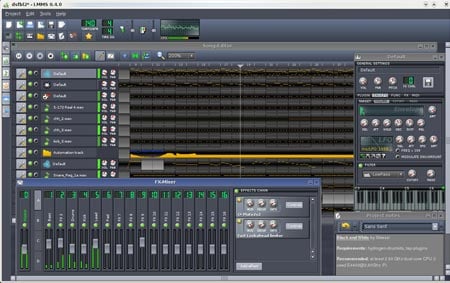 Linux MultiMedia Studio offers much more than just audio capturing; it also takes care of tasks like creating melodies and beats, synthesizing and mixing sounds as well as arranging samples. It renders a full-blown MIDI keyboard in front of you, so that you feel free to give wings to your creativity. LMMS is a digital audio workstation, and a complete utility for amateur artists. Available with support for fifteen different languages, it can be downloaded now for GNU/Linux, OpenBSD and PC. 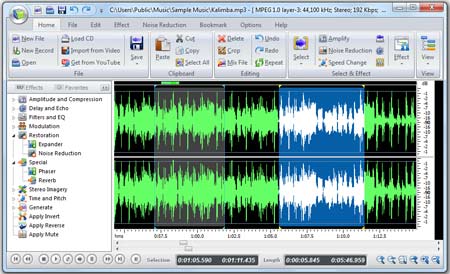 Power Sound Editor is another simple multitrack recording software that we have for you here. Just download and install it through its official site and you’re ready to go. It’s got easy editing features that can be coupled with a range of audio effects to enhance your creations. Its output options are changeable, while fast audio CD Burning/Ripping also forms part of its attributes. With Power Sound Editor, audio capturing and blending become swift processes which don’t take up much of your time. 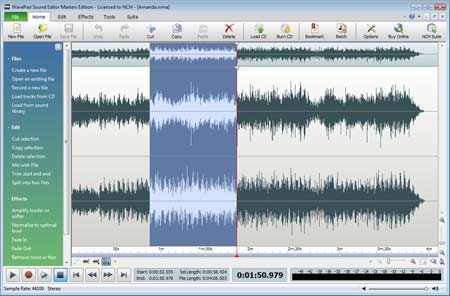 Last on our list is WavePad. It contains all the functions that you’d expect from such a utility. Described by its developers as a ‘professional audio and music editor for PC and Mac,’ it is available without any charge in its basic form. However, those who use it and like it, can go for its paid version which offers various additional effects and features. Apart from the mainstream platforms, WavePad is also available for Android and iOS as well, making it incredibly effortless for you to edit your clips while on the go.

Those are all the submissions we have for you in this collection of multitrack recording software. Make sure to read through their descriptions, and find out the ones that suit your preferences.