Today we have a best free flight simulators list for all you ‘high-flyers’ out there. Our lineup comprises of some pretty engaging games that allow you to take to the skies and soar high up into the clouds, all virtually of course. Right from taxiing on the runway and taking off to flying overhead and finally landing back safely on the ground, these gems enable you to take complete advantage of all this and then some. But patience is the key here and if this aspect is mastered, you’ll be able to turn pro within no time. What’s more, the options listed here can be enjoyed without you even spending a single penny. 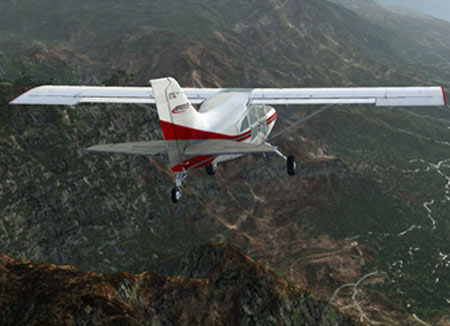 ‘Discover new heights of adventure.’ You probably have fond memories of playing the title’s now discontinued predecessor. However, Microsoft has presently unveiled an aviation game that features new attributes such as state-of-the-art aircraft, new mission types, fresh gameplay elements and brilliant vistas. You can grace the cockpit of various aerial vehicles like historical planes and personal aircraft. 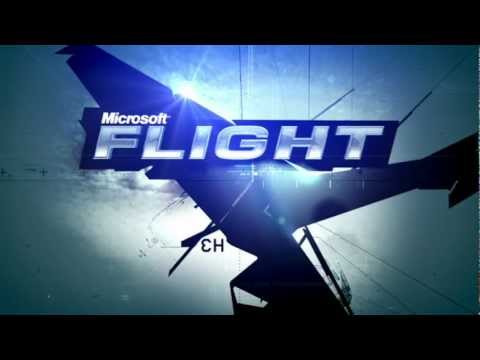 Head straight to your hangar to fuel up, get a different paint scheme and even download new planes. As the company reveals, you can also customize the controls according to your skill level and indulge in cooperative gameplay with friends by logging in with Games for Windows Live. 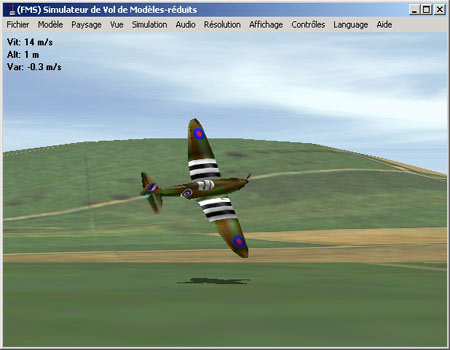 The next entrant in our free flight simulators roster is the brainchild of German programmers Roman and Michael Möller. The latest 2.0 Beta 7 version forays onto the scene with a plethora of new models and landscapes. 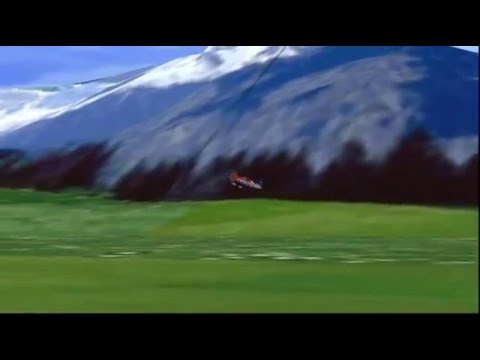 You can further expect to see full 3D collision detection and improved controls for the pilot position. The user interface has also been translated into 18 languages. This game is compatible with Windows 95, 98, ME, XP and 2000. 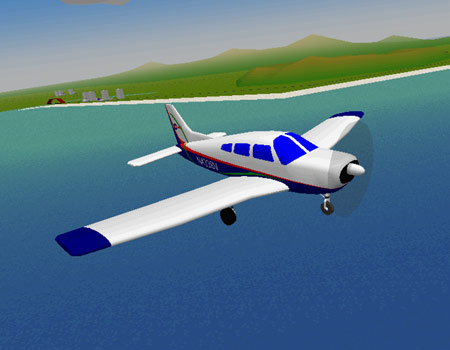 As the brains behind YS Flight Simulator states, you’ll be able to explore the heavens in more than 40 types of planes. Some of the fun things you can do here include engaging in dogfights, performing ground attacks, cross wind landing and even trying your hand at being formation leader. You can further take off and land the aircraft carrier, and enjoy network vs. play elements, among other features. This particular gem is available for Windows, Mac OS X and Linux. There’s even an iOS version currently in the pipeline. 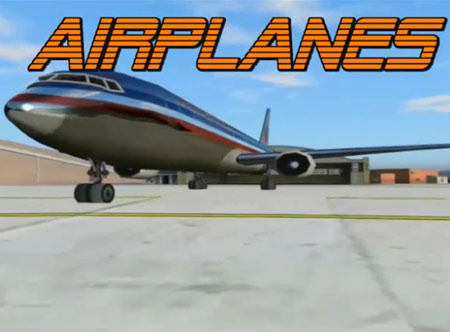 This inclusion in our free flight simulators array employs soft-body physics which means you can expect quite accurate real-time behavior as far as different vehicles, objects and machines are concerned. The open source treat not only lets you pilot helicopters and airplanes but also race cars, monster trucks and more. 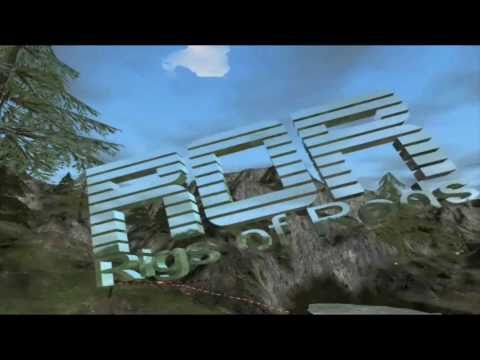 A few of its other attributes read as track and baja racing, vehicle carnage, drifting, animated cockpits and dashboards, Mudding, vehicle interaction, monster jumping and even a multiplayer mode. You can download the game on Windows, Linux and Mac OS X systems. 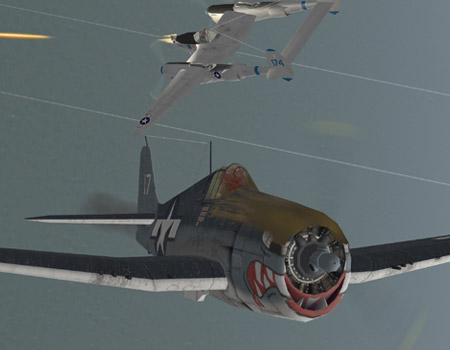 Craving some combat action? Well how about trying your hand at Aces High? The massive multiplayer online combat delight transports you to a World War II scenario. The developer has thrown in accurate modeling of more than 100 vehicles, boats and vehicles as well as multiple arenas that are set against unique environments. 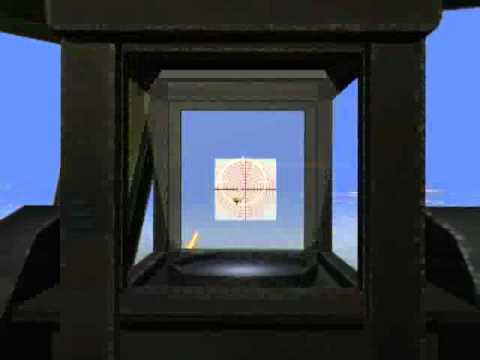 Here you can battle it out with real players plucked from all across the globe. You’ll be able to either start a squadron or even join a present one. There are also special events from WWII to indulge in. And through the integrated Terrain Editor, you can craft your own layout. Some of its other features include in-game voice support, offline practice and missions, true 3D cockpits, flexible view system and customizable commands. 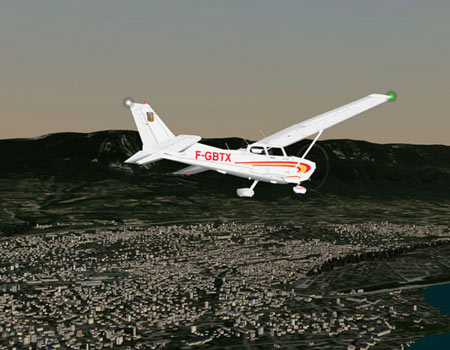 Claimed to be developed by pilots concerned by realism, this option in our roundup boasts of high definition panels, open street maps and a handy vector map. Through the latter, you can seamlessly see the Navaids, the airport, and Metars. You’ll further be able to espy loads of beautiful sceneries and a variety of airports during your stay here.

After shedding light on a handful of PC games, it’s now time to put a smile on the faces of thrill seekers who possess an iOS device. This realistic application lets you take on the role of a helicopter combat pilot who fights his battles in mid-air. This mobile game proffers choppers from manufacturers in the US, Europe and Russia. Some of the models you’ll be able to handle include AH-64 Apache, Hind, RAH-66 Comanche, UH-60 Black Hawk and Ka-52 Alligator. There are 8 training missions, real world battle locations and a death match multiplayer mode to exploit here. 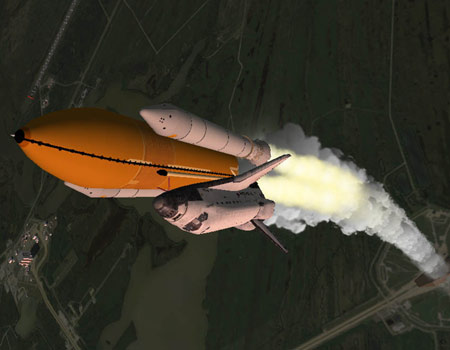 Have you wondered what it’s like to launch a space shuttle from Kennedy Space Center? Well, you’ll be able to do just that in our final contender. Through this gem, you can also tour the solar system and plan interplanetary slingshots as well as design your very own rocket. 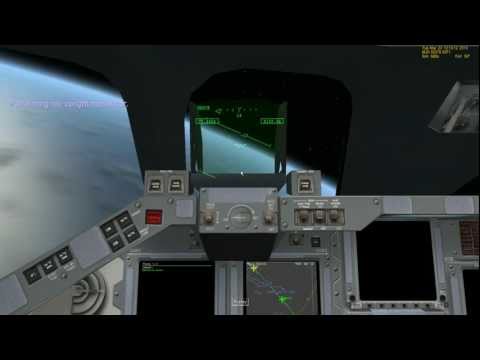 You’ll even get to learn a thing or two about orbital mechanics and conduct historic trips into space.

The activity of flying planes has garnered quite a fan following over the years. This covers anything from high-end remote control toy planes and helicopters you get at hobby stores to the retro PC games that were categorized under this genre. Now if you keep losing the RC sort to fatal nosedive crashes (which can leave your precious plane quite mangled) or even injuring onlookers with your tricks and acrobatics gone haywire, then we suggest you stick to the virtual kind.

There are tons of them available but if you want the acme lot, here’s our best free flight simulators collection. And since they won’t cost you a single dime, you can give them all a try and return with mentions of your favorites.