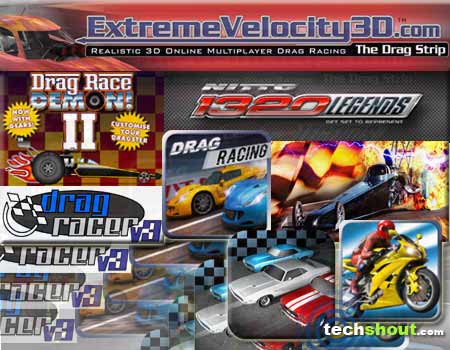 Here are 8 free drag racing games for all the folks out there who get an adrenaline high from burning up the virtual streets without worries about broken limbs or worse still, having to file insurance claims. The candidates we’ve jotted down below don’t just speed along on the PC platform. Those who like a bit of action while on the move should be pleased to see iOS and Android mentions too. Raring to go? Fly through our list and discover the most interesting options. 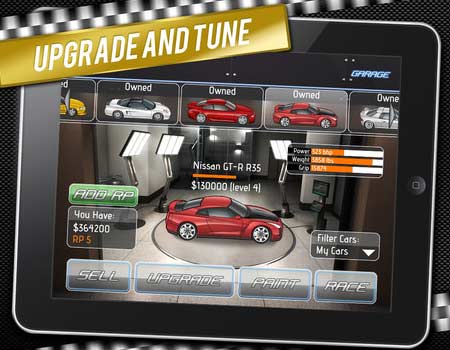 The first option to skid out lets you grace the cockpit of more than 50 classy cars. You’ll even get to take them out for a test drive before purchasing the vehicle. If you’re looking to make some quick bucks and build your car, you can always go head to head against the AI in beginner or amateur modes. Cash can even be earned through ‘Drivers Battle.’ Gather up some extra RP by defeating bosses and unlocking achievements.

You can also compete with other players on the online terrain via Race 1 on 1 matches or 10-player races in Pro League. So upgrade and tune your way to victory with the help of this exhilarating title that’s created especially for iOS and Android gadgets. 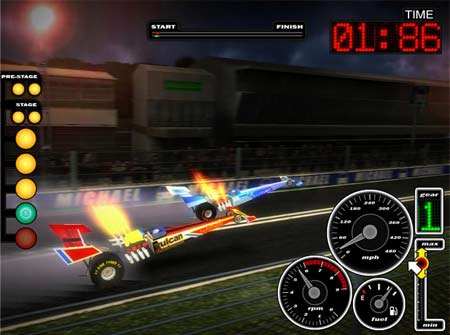 Once you see the green light, there’s no turning back. You will have to be quick and aim to hit the finish line first if you want to earn big bucks and improve your dragster. Swipe the acceleration button and toggle the gears by fiddling around with the arrow keys. But beware, if you accelerate too fast, you could crash, so be cautious and keep an eye on the onscreen indicators. This inclusion in our lineup features 20 races, 4 paint types and 5 vehicle parts. It’s a PC delight which is compatible with Windows XP, Vista and 2000. 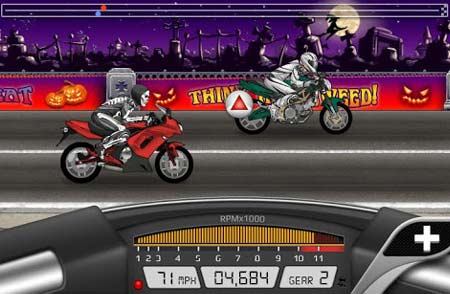 We now move on to a title that involves the fast and the furious two-wheeler sort. Here you get to zip right past the checkered flag riding any one of the 17 available sport bikes. There are 4 online modes which allow you to challenge loads of players from all across the globe. What’s more, you can even climb the global leader-boards by zooming past your opponents and winning races. Want your vehicle to go even faster? Well, you’ll be able to combine upgrades and tune your bike just the way you want. You can also flaunt your skills by posting all your best runs on social network sites like Twitter and Facebook. However, this one is extended only to Android-powered smartphone and tablet owners. 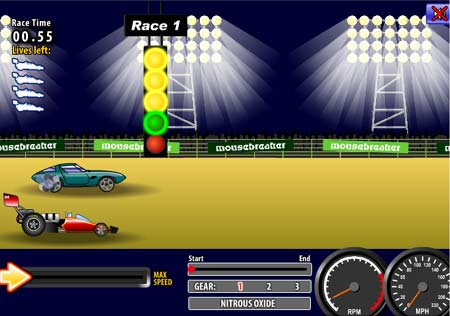 The next contender in our roster lets you seamlessly customize the innards and the appearance of your mean road machine. You can purchase tires, engine parts and shiny body bits as well as make engineering tweaks to the spoiler, tires and chassis for an overall improved performance.

And once you’ve taken your ride out for a test spin and noted down its best time, you can compete with other players, earn money and further enhance your vehicle. The title in question allows you to indulge in a dozen races directly through your PC. All you need is an internet connection and the need to speed. 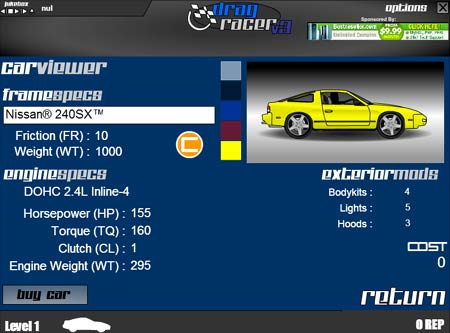 The developer calls on all you speed enthusiasts to customize and compete in exciting races. There are three modes endowed into the title that individually read as Arcade mode, Tuner Mode and Online. The former option enables you to buy a car and test your driving skills on the virtual road. If you choose the next segment, you’ll have to start small and work your way up to the top. Finally, the latter mode allows you to race, boast about your high scores and even chat with others. 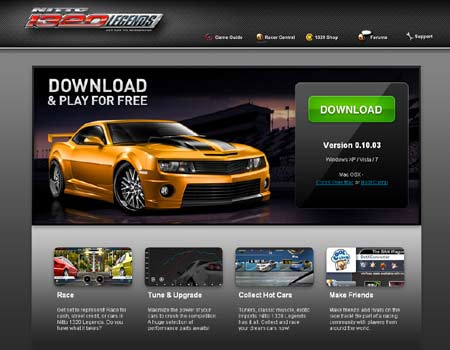 This particular entrant in our array is also created for the PC. Compatible with both Windows as well as Mac OS X computers, the live online title allows you to race for street credit, cash and cars against other players. 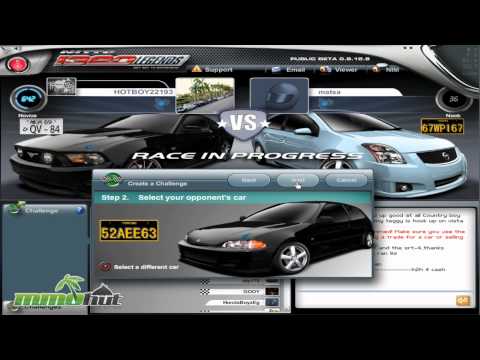 In order to emerge the champion of the track, you can opt from a plethora of performance parts and take complete advantage of classic muscle, tuners and exotic imports. Do you have what it takes? 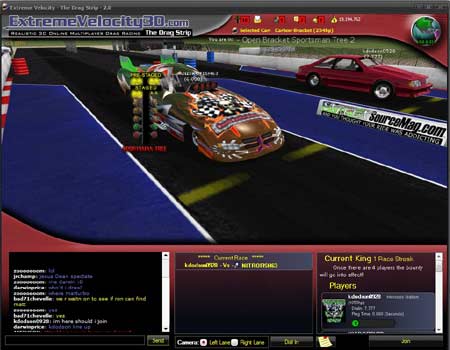 We’ve roped in another title that should appeal to both hard core fans as well as casual race enthusiasts. As the company behind this endeavor reveals, you can expect to see new graphics, paint schemes and cars, among other enhancements, rolling out at regular intervals. 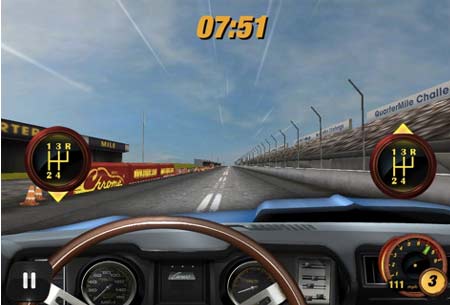 ‘Think you’re fast? Prove it,’ exclaims the developer of our final mention. To accelerate and shift, all you have to do is tilt your device and tap on the touchscreen, respectively. 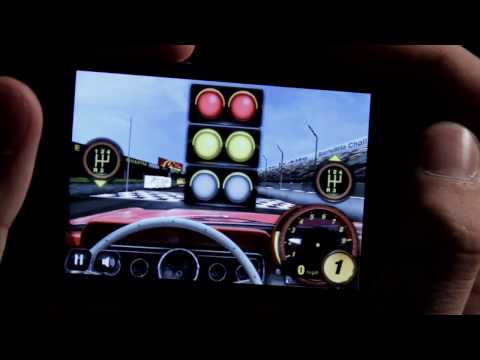 You’ll get to race down the track seated in a white Dodge Challenger, classic red Ford Mustang or blue Chevy Camaro. Blessed with realistic sound effects and 3D graphics, the title also lets you go head to head with friends and fellow players as well as earn, trophies, awards and bragging rights along the way.

Are you ready to live life in the fast lane? Well, gear up and try out all of the aforementioned free drag racing games, and tell us what you think. In your opinion, which ones made it to the finish line and which ones were left in the dust? Have we missed out on any of your favorites? Do let us know by leaving your comments and suggestions in the space allotted just below.