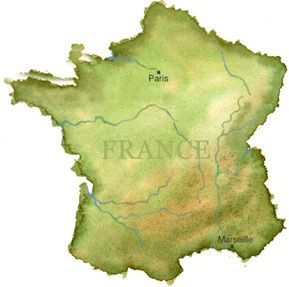 On Friday, France launched a new service that would enable residents to view ultra-high resolution images of the not only the country but also its territories.

Dubbed “Geoportal,” the site offers the ability to zoom in to as close as 20 inches off the ground, the best resolution available in Europe. 400,000 images comprise the tool along with 3,700 maps, which are updated every five years

While inaugurating the new technology, President Jacques Chirac termed the move to be significant and said, “This is a step forward for all citizens, which places France at the forefront of new technologies.” Though many feel that Geoportal is very similar to Google Earth, the basic difference between the two is that while US service Google Earth offers views of the entire planet but high resolution only for certain areas, the Geoportal covers the whole of France’s territory, on the mainland and overseas.

The system was developed by the National Geographic Institute, and much like Google Earth it would be switchable from aerial to detailed maps, and soon even 3-D imagery. However, unlike its counterpart geological data would also be added. The entire project cost France six million euros to develop.

But don’t expect to be able to access Geoportal for the near future, as the site has been unable to handle the heavy traffic following its debut. Would-be users faced initial disappointment however, as a surge of connections caused the service to crash shortly after its launch.