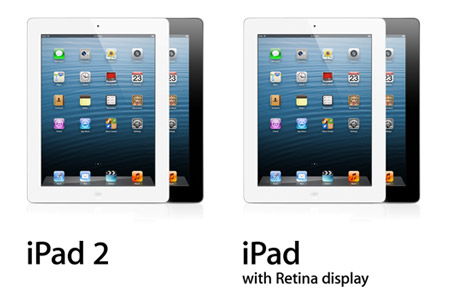 The fourth generation iPad with Retina display and a price starting at $499 was one secret Apple managed to keep hidden amidst all those ‘mini’ leaks. Judging by the reaction from tech buffs all across the globe, the new 9.7-inch device was absolutely unexpected.

The only thing Retina we’ve heard rumors about with regards to the event in San Jose, is the 13-inch MacBook Pro. Considering that the third generation iOS slate from Cupertino was launched only this March, the timing of this tablet’s debut was hardly predictable. But then again, whoever knew that the company would unveil such a device at all?

In terms of what’s been laid out fresh on the table, we have a dual core A6X processor with quad core graphics seated within the slab. The 9.7-inch Retina touchscreen stretched across the front sports a 2048 x 1536 resolution and 264ppi sharpness. A 5MP iSight camera and a 1.2MP FaceTime HD snapper are present on the rear and front panels, respectively.

The new iPad now accommodates Bluetooth 4.0 and extends its LTE support to whatever AT&T, Sprint, Verizon and certain other carriers call 4G, apart from offering GPS and GLONASS, Wi-Fi 802.11a/b/g/n and the usual cellular network connectivity. It has a slot for a microSIM card, is fixed with the Lightning connector and claims to render around 10 hours of web browsing over Wi-Fi. The pre-order details and list of countries in which the slate will be up for pre-booking are the same as that of the mini. 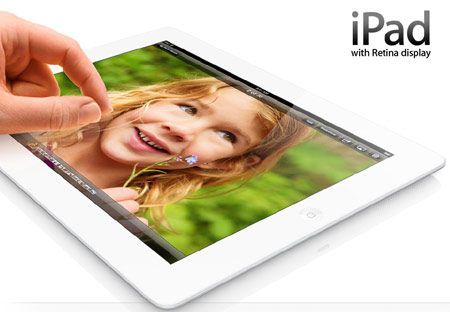