Foursquare update lets you order food without even placing a call

An update just issued to the Foursquare has paired up the service with GrubHub Seamless, the online food-ordering company. For those who haven’t done the math yet, this means that using the latter’s attributes, users of the location-based social networking service will be able to order food seamlessly.

Both the Android and iOS versions of the app will be getting this update, but only users in the US will be the beneficiaries of the new feature. Over 20,000 restaurants which support GrubHub Seamless will be available to order food from, according to Foursquare. 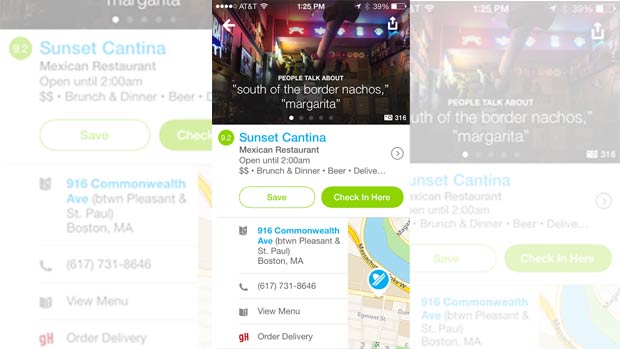 Whilst searching for restaurants through the popular app, all supported restaurants will be accompanied by the GrubHub or Seamless icon. All you need to do is simply click on it and follow the procedures, and your food will be delivered at your doorstep.

And Foursquare users those who wish to filter out the restaurants which do not deliver can type in the word ‘delivery’ along with their searches so that only GrubHub Seamless joints are displayed. This makes for a neat feature for those who’re regular on the SNS app.

Released in 2009, the Foursquare service has grown a great deal over the years. From a simple ‘check in’ tool, it has went on to become a prime app for foodies from all over the world who can even grab discounts at certain restaurants by performing simple functions checking in or commenting.

Like we said, the new Foursquare update for is live now for iOS and Android device through the App Store and the Google Play Store, respectively.