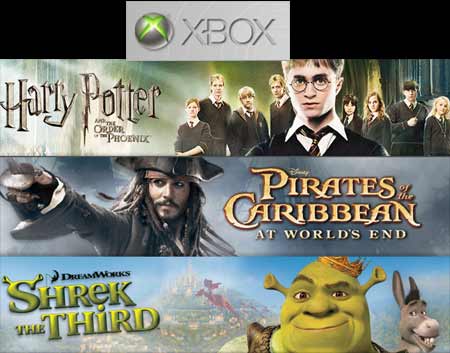 Microsoft sure is full of surprises and the Xbox 360 maker sure knows how and when to capitalize on situations. This time Microsoft has announced four new game titles for the Xbox 360 game console. These games are based on upcoming movies such as “Harry Potter and the Order of the Phoenix”, “Pirates of the Caribbean: At World’s End”, “Shrek the Third”, and “Ratatouille”.

“Xbox Dad” columnist and family gaming expert Duncan Mackenzie said, “These action-packed Xbox 360 games let kids and adults alike take all the adventure and excitement of this summer’s hottest films home with them. I can’t think of a better way to spend some quality time with the kids than to turn our favorite movies into an interactive experience, chatting and laughing as we take on the role of our favorite characters.”