In total, five cameras have just been infused into the Canon PowerShot series by the Japanese manufacturer. While the new PowerShot G16, S120, SX510 HS (successors to last year’s range) and SX170 IS (new) point-and-shoots are aimed at semi-professional photographers, the new PowerShot N Facebook camera is for those who can’t get enough of the social network. Their price and release details for the US have been outlined by the company, while also disclosing all the features that make their way into them. 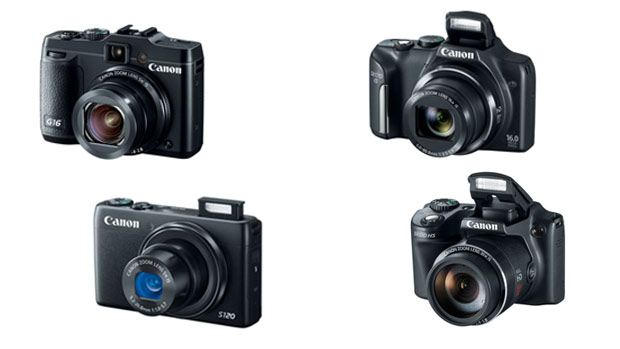 Furthermore, there’s the PowerShot SX510 HS which is dated for a September release at $249.99. This camera carries on it a 30x optical zoom 24mm wide-angle lens, a 12.1MP CMOS sensor and a DIGIC 4 image processor. Besides, built-in Wi-Fi and 1080p video also find their way into it. These attributes however, haven’t been granted to the budget-priced PowerShot SX170 IS which features a 28mm wide-angle lens, a 16MP sensor, a DIGIC 4 image processor and 720p HD video. 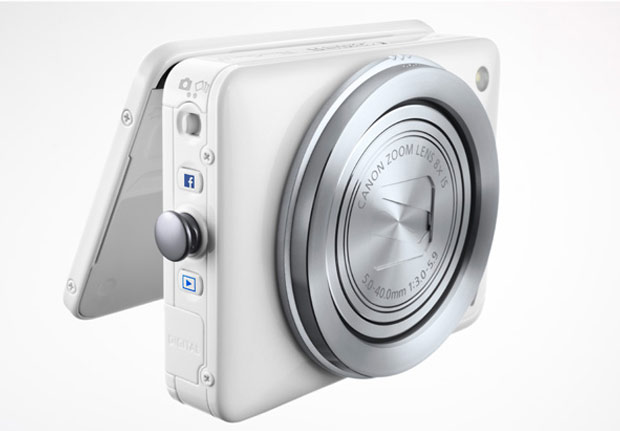 The PowerShot N was unveiled at CES this year, and it has finally surfaced now in the form of Canon’s new Facebook phone. This device grabs a square design which incorporates a 2.8-inch capacitive-touch tilting LCD. Its 12.1MP CMOS sensor is accompanied by a DIGIC 5 processor, a 28-224mm optical zoom lens and built-in WiFi which makes it possible for images to directly be uploaded onto Facebook using a dedicated button.

This new Canon PowerShot N snapper will be out in September, placed at $299.99.