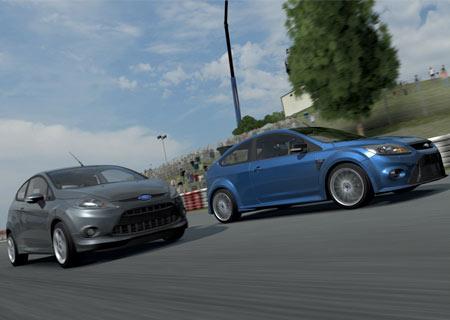 Yesterday we reported that the eagerly awaited Forza Motorsport 3 game released details on the Limited Collector’s Edition. The game now gets more interesting with the inclusion of the famous Circuit de Catalunya. Turn 10 also states that the raceway will feature loads of new Euro-Sport Compacts and also the return of Germany’s Nürburgring raceway.

Catalunya is home to the Formula 1 Spanish Grand Prix in Barcelona. It is famously known as one of the most important testing grounds on motorsports. The fans will be offered the course which comes complete with many obstacles like short and wide curves. Fans can also zoom down the straight paths and experience the raceway like never before. Also included in the title is the Nürburgring raceway. This track is known as one of the most challenging courses in the world.

Gamers can get to really experience the smooth tracks by driving in style with the brand new Euro-Sport Compact cars. These vehicles sport a compact design but are integrated with high-performance engines. These speed demons will get players from 0 to 60 in no time. There are also various customizable and personalized options that are excellent for tuners. Since these offerings are famous for being the most modified cars to hit the road, players will be able to turn these cars into fast driving beasts.

Forza Motorsport 3 will hit stores in October 2009. The price is still not revealed.