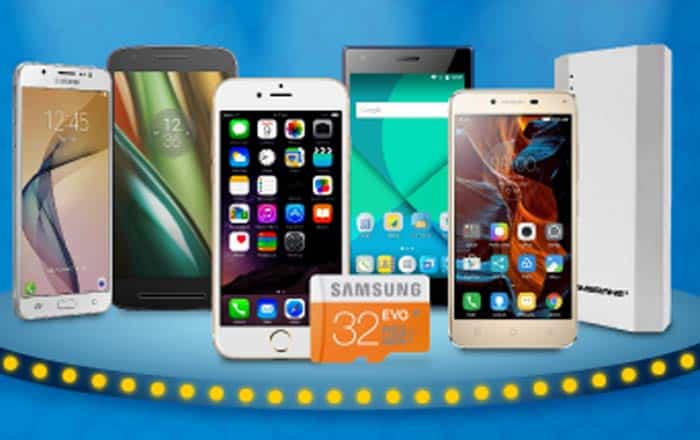 Flipkart’s Big Billion Days is in full swing now, entering day two with a boatload of deals on mobiles and accessories. The event will go on till October 6 and covers a number of popular products like Xiaomi Mi 5 and LeEco Le Max 2.

Interestingly, Flipkart claims it sold more Apple watches in 10 minutes than the total sale of the smartwatches offline and online in a month on the first day. The e-commerce site is currently vending the brand’s 16GB iPhone 6 at Rs 29990, a massive Rs 7000 fall from its Rs 36990 cost.

As for the older iPhone 5S, the handset is still selling at Rs 17799 but has an exchange offer worth Rs 15000 applicable to it, meaning you could get the phone at just Rs 2799. Rival Samsung has its own roster of affordable handsets it’s trying to hawk, vending the freshly-launched Flipkart-exclusive Galaxy On8 for Rs 14900, a steep Rs 1000 descent from its launch price.

Its subsidiary Motorola is also getting in on the Big Billion Days action with a few discounts of its own. The manufacturer’s 32GB Moto X Play is available at Rs 14999, a massive Rs 4000 reduction in value. Other popular phones getting a markdown include the LG G5, which has undergone a Rs 13000 drop down to Rs 39990, and Asus ZenFone 2, which is now cheaper by Rs 9000 at Rs 9999.

SBI debit and credit card holders get an additional 10% discount during Flipkart’s Big Billion Days extravaganza. You can check out the offers here.