The Nexus 6 is set to be launched in India today and while Google is still keeping mum about the availability details, Flipkart has taken on the task to disclose the arrival of the Android flagship phone. The e-commerce company has listed both 32GB and 64GB models on its website in different color options and has also mentioned prices.

And on its dedicated Nexus 6 page, Flipkart has put up a countdown which shows that there’s just 1 day to go for the smartphone to arrive. This could either denote the phone’s official launch in India or its release date. We’re certainly hoping for the latter. The Google Play store on the other hand still has a coming soon label. 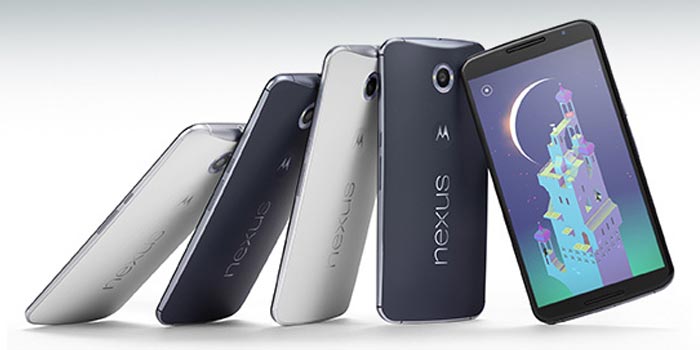 While this more or less confirms the new flagship Android phone’s launch, there’s still no word on when the Nexus 9 tablet will make its debut. That could just happen tomorrow as well, or maybe by the end of this month.

The Nexus 6 is made by Motorola and it clearly looks like a larger version of the Moto X flagship. The phone is one of the beefiest on the market, carrying a 5.9-inch Quad HD display, 3GB of RAM and a 2.7GHz quad core Snapdragon 805 SOC.

Here are the key specs of the Google Nexus 6:

Facebook
Twitter
Pinterest
Linkedin
ReddIt
Tumblr
Flip
Previous articleAsus ZenFone 5 Lite phone arrives with Android KitKat out of the box
Next articleThe wait for the YotaPhone 2 is almost over, device to be revealed on December 3