Flipkart has taken a huge step by infusing its Android and iOS apps with a social feature named Ping. The basic idea of this service is to give users the feeling of shopping in groups, when in fact what they’re doing is browsing for products on their smartphones.

Although the Ping bubble is available to everyone who updates the Flipkart app to its latest version right now, you will need an invite in order to start using it. If you manage to get one from somewhere, you’ll be able to provide 10 such invites to your friends.

Ping identifies your friends based on their mobile numbers, and lets you chat with them while you’re browsing for products on the Flipkart app. You are given the ability to drag and drop products or offers directly into conversations, while there’s even the facility to share your screen so that you can see the same product simultaneously. 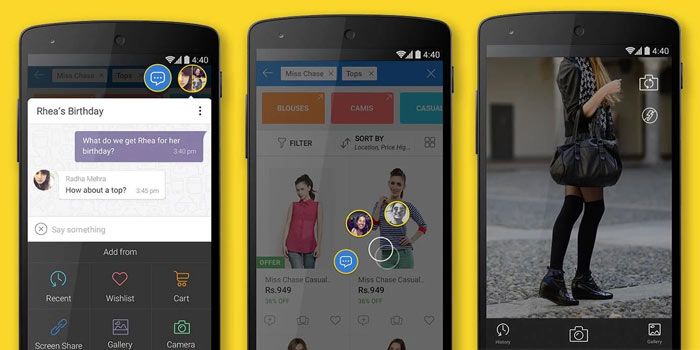 While it works only with friends as of now, Flipkart has big plans for the future. It has revealed that in the time to come, Ping will also allow buyers to connect with sellers and customer service executives. This trait has been built keeping the Indian smartphone landscape in mind.

Also Read: Flipkart will shut down its website to go app-only this September

It is hence capable of working with slow networks as well as low-cost devices. Moreover, it has been designed in such a way that it consumes less data. According to NDTV Gadgets, the e-commerce giant is thinking of bringing this utility onto wearable devices as well.

The new Ping feature for Flipkart is live now on both the Android and iOS versions of the app, which can be downloaded through the Google Play store and the Apple App Store, respectively.