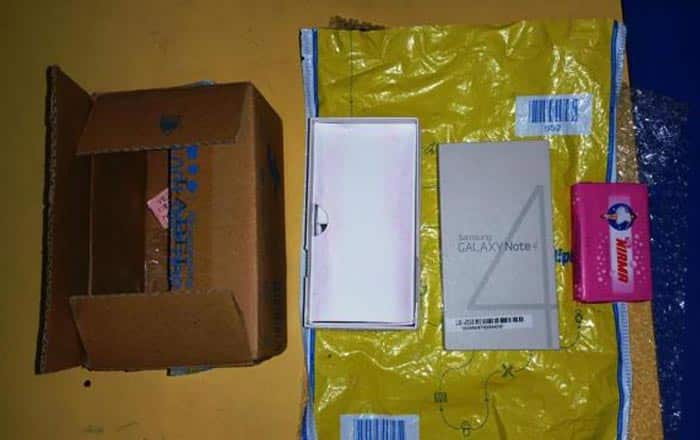 Flipkart’s landed itself in the middle of yet another controversy involving false delivery of phones in the form of bricks or soaps. Mumbai resident Anand Bhalakia became the latest person to fall victim to such duplicity when he received a bar of soap instead of the Samsung phone he had ordered.

Bhalakia had bought the Samsung Galaxy Note 4 from Flipkart in May and opted for cash-on-delivery. He forked over Rs 29900 for the phone when it was delivered. Unfortunately, upon examining the box he discovered that it contained a bar of Nirma soap and an Android charger, with no handset in sight.

Bhalakia immediately got in touch with the deliveryman who told him to lodge a complaint with Flipkart by calling their customer care number. This turned out to be only the beginning of his troubles, as the e-commerce site apparently refused to believe his problem was genuine and was not willing to give him a refund or replacement.

He later called Flipkart several times over the next few days to inquire about the issue. Fed up, Bhalakia then decided to take matters into his own hands by filing a complaint with the Malabar Hill police. An FIR under Section 420 of the Indian Penal Code relating to cheating and dishonestly inducing delivery of property was registered.

Other than the police, Bhalakia also took to various customer complaint websites to air out his grievances. Flipkart finally buckled under the pressure and issued him a refund as a measure of good faith. It’s supposedly conducting its own internal investigation into the case and is now concentrating its efforts on digging out the facts of the incident.