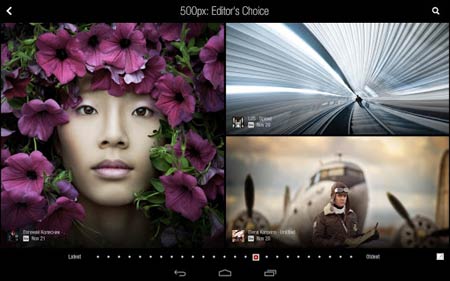 Flipboard has been launched for Android tablets, and comes as a result of a large amount of feedback from its readers, the company says. It adds convenient readability on devices with larger screens, streamlining the process for those who own such gadgets.

When existing users update their app, if they are using tablets with a screen 7 inches or larger, they will automatically get the version optimized for tablets. What this edition brings is four pages of tiles, allowing users to flip through content easily.

New to Flipboard? Here are some of its highlights. The application puts feeds from news and social networks in one place, making it more convenient to stay connected and keep up to date. It also allows users to type in a search for things including people, sites and hashtags. 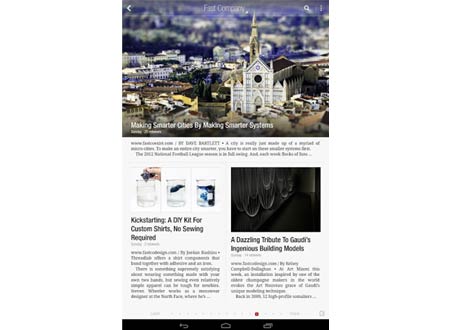 Its magazine format makes flipping through pages of content easy and hassle-free and it is available in 15 localized editions including those for the US, the UK, Canada, Brazil, Germany, Hong Kong, Italy, Japan, Korea and Spain. Quick access is possible with the application widget.

What’s more, it can be connected with up to 12 social networks. This makes it much more convenient to share and pass on interesting things that pop up, with friends and family. The social avenues available to users comprise services such as Twitter, Facebook, Google+, YouTube, Flickr, Google Reader, LinkedIn and Instagram.

Speaking of which, Instagram was recently updated to version 3.4 for Android and iOS, bringing a new filter and Facebook integration itself. And since it is owned by the Zuckerberg-led global giant, this doesn’t come as a surprise at all. 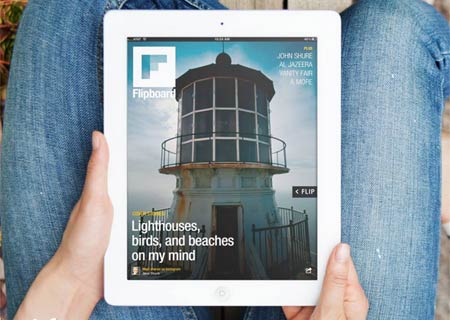 Coming back to the matter at hand, the Flipboard app which launched earlier in the year has been updated with optimizations for Android tablets. It now supports reading on devices with screens larger than 7 inches, such as the Samsung Galaxy Note 10.1, devices from the Galaxy Tab series, and the Google Nexus 10. However, those who upgrade but want the phone experience can switch back to said view.

Flipboard for Android tablets is now available from the Google Play store in a package that finds itself just shy of 5MB. It can be downloaded for free.