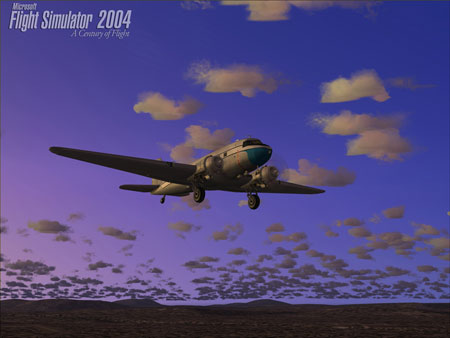 Microsoft has released a trial version of its highly-anticipated Flight Simulator X, so as to give enthusiasts a taste of what’s in store for them. The Flight Simulator X demo includes two airports, three missions and three different aircrafts. All of the missions take place at St. Maarten in the Caribbean.

Microsoft’s Flight Simulator X takes you into a beautifully and graphically rich and realistic world for a completely new and innovative gaming experience. The Free Flight feature allows one to fly anywhere in the world, from your hometown to most exotic places that you’ve ever dreamed of.

Gamers as well as simmers (simulators) of all ages and skill levels can get a chance to feel first-hand what it’s like to be an aviator traveling the globe solo or online with others.

Flight Simulator X is compatible with Windows XP SP2 and Vista, and requires 14GB of hard drive space and a DirectX9 capable graphics card. You can expect the new title to fully launch in the holiday season in a Standard edition and a Deluxe edition that allows the user to fly more airplanes, and visit more airports, cities and missions. Microsoft is also in the course of building component to Flight Simulator X.