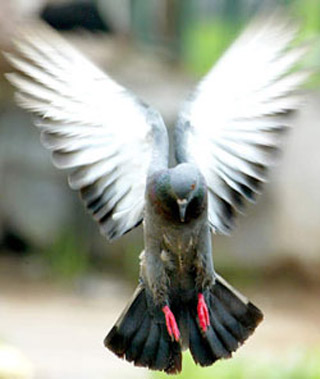 Chinese scientists have reportedly claimed success in an experiment to remotely control the flight path of a pigeon using electronic technology. These scientists from Robot Engineering Technology Research Center at Shandong University of Science and Technology have succeeded in implanting electrodes in the brain of a pigeon and can thus control the bird’s flight using a remote controlled device.

This happens to be the first successful experiment on a pigeon to be conducted ever in the world. The chief scientist of the experiment was Su Xuecheng. The electronic signals resemble the signals generated by the brain which control body movement.

Su together with his colleagues are improving the device used in the experiment and they hope that the technology can be put into practical use in the future. The report issued by the scientists did not specify what practical uses the scientists saw for the remote-controlled pigeon.

Su had conducted a similar experiment on mice in 2005 and it too turned out to be successful.