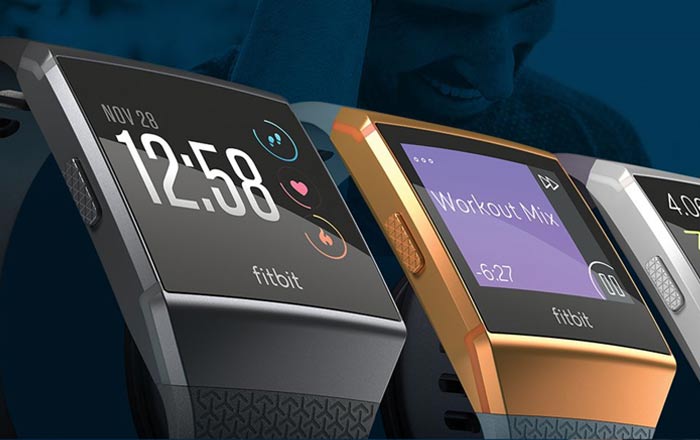 Fitbit has come out with its first-ever smartwatch, positioning the Ionic as a worthy rival to the Apple Watch. The third generation of the latter is set to come out in a few weeks, setting up a head-to-head battle between the two wearables.

The Fitbit Ionic is similar to the Blaze in terms of design and features. The key difference between the two is the custom OS that the former runs on, dubbed Ionic OS. While not explicitly mentioned, the software might be based on recent acquisition Pebble’s OS. This will allow for features like third-party apps and watchfaces.

Android Wear and watchOS have the advantage here as established platforms that already have a base of apps to draw from. Ionic OS is still in its early stages and will ship in-built with applications like Starbucks, Pandora, Strava, and Accuweather.

Highlights of the Ionic include its nano-molded aluminum unibody which integrates 8 different sensors, a high-resolution touchscreen that can hit a maximum 1000 nits of brightness to ensure readability even in direct sunlight, and water resistance up to 50M. Users will apparently be able to take the wearable swimming with them.

Fitbit is touting the device’s battery life, asserting that it can last for 4 days or 10 hours on GPS. The company’s equipped it with an Audio Coach to motivate fitness freaks, but the advisor will be coming on board next year via a software update. Users will also be able to leverage the smartwatch to make NFC payments via Fitbit Pay.

The Fitbit Ionic is priced at $299.95 (roughly Rs 19200). Pre-orders are live on the brand’s site and units will begin shipping in October.