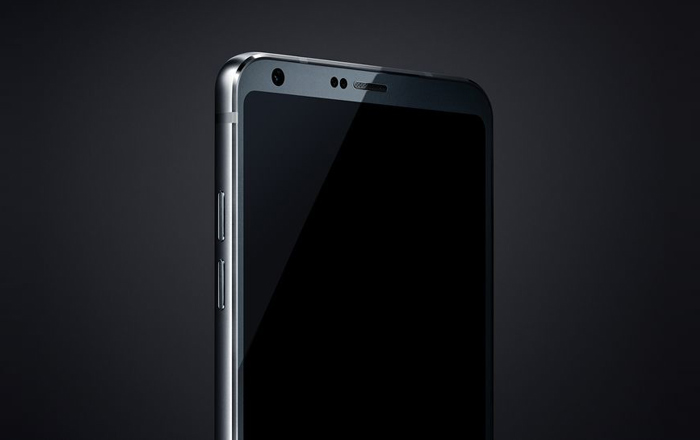 The LG G6 has gotten leaked in the form a new image which shows off the handset’s considerably narrow bezel design. If accurate, the phone will likely compete with the likes of Xiaomi’s Mi Mix and Samsung’s Galaxy S8 in the race towards nearly borderless smartphones.

The Verge reports that the LG G6 is going to be made entirely out of metal and glass. It’s apparently set to feature curved display corners and a more than 90% screen-to-bezel ratio. The publication has also corroborated previous assertions which stated that the device would sport a 2:1 aspect ratio and 5.7-inch panel.

There’s a strong chance LG has abandoned its modular experiment from last year. Its next flagship phone is likely going to borrow just the back design of the G5 including the latter’s dual cameras and fingerprint sensor. The 3.5mm headphone jack is probably going to stick around as well.

Also Read: LG G6 might have Google Assistant built into it

However, the same can’t be said for the G5’s replaceable battery. Previous reports have indicated that the G6 is going to feature a certain degree of water resistance and a big battery to back up its massive screen. Wireless charging and LG Pay support might be incoming too.

The LG offering may also be the first non-Pixel phone to ship with Google Assistant built-in. The company reportedly approached the search giant to make this possible. The two are notably working together on a pair of Android Wear 2.0 flagship smartwatches that are rumored to be carrying support for the AI.