Microsoft may have discontinued its range of Android-based smartphones, but it has no option but to cater to owners of the Nokia X, X+ and XL who were quite disappointed when new software features introduced through the X2 didn’t manage to reach them. These handsets have been granted a big new update now.

Nokia has announced that the software has started rolling out in an OTA fashion to the three above mentioned devices. Fresh features introduced by it include the App Switcher attribute which is showcased by the the X2, allowing users to open and manage background applications. 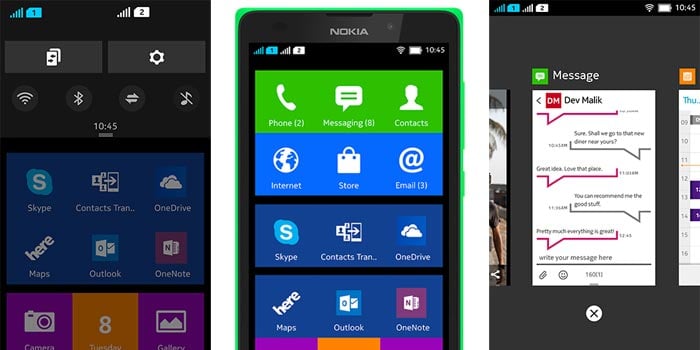 In a push towards compelling consumers to use its services, Microsoft has incorporated utilities such as Outlook.com, OneDrive and OneNote as pre-installed apps through the update. This is not all; an improved Nokia Store can also be found in the update, amongst other additions.

Microsoft-owned Nokia launched its X family of Android-based smartphones back in February this year. Aimed at emerging markets, this line of devices consists of pretty humble specs and is offered at cheap asking amounts. Instead of the stock Android version, it runs the Nokia X platform which is a forked variant of the software.

The company didn’t wait too long to introduce a successor for this range, as it unveiled the X2 by the end of June this year. Apart from a larger display, it also kicks in a better camera, a faster processor and other small upgrades. Earlier this month, following the announcement of massive Microsoft layoffs, news came that the company will be abandoning its Android lineup, leaving the X2 to be the final such device.

Like we said, the new software update for the Nokia X range is live now, and if you’re not sure about to install it, hit this link for detailed instructions.