The race for foldable phones is getting more intense as everyone from Samsung to Huawei is getting ready to unveil their goods in the near future. However, it looks like the two tech giants have to give up the crown of being first on the market since a Chinese upstart named Royole Corporation has beaten them to it.

Royole showed off its foldable phone, dubbed the FlexPai, at an event in China recently. While it is technically the first of its kind, it’s also very unpolished. Weibo images and hands-on YouTube videos reveal a very plasticky smartphone which looks and feels half-baked. 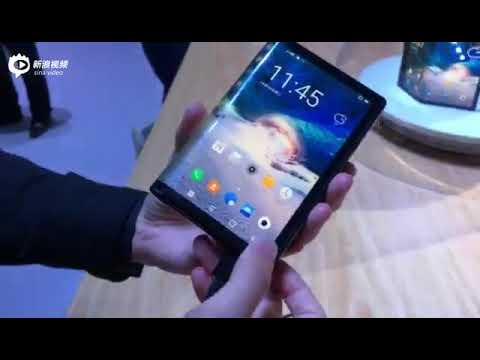 The FlexPai is basically a tablet-phone hybrid of sorts. As per GSMArena, it measures 7.8 inches when unfolded and features a 4:3 aspect ratio. Fold it inwards and the panel stretches across 4 inches. Unfortunately, the device is quite bulky in both modes. It doesn’t look that comfortable to hold and the big fold on the side looks ugly.

As the video above demonstrates, the Royole device glitches a bit when it’s bent. Apps take a few seconds to load. Games and the camera app work, but they look awkward to navigate. Tipster Ice Universe claims the handset runs on the 7nm Snapdragon 8150 processor.

This would be another first for the FlexPai since no other handset has had the honor of running the Snapdragon 8150 yet. As he points out though, the design is very rough and the smartphone was released just to grab the ‘first’ title.

First doesn’t mean much if you don’t have an attractive product though. Hopefully, Samsung, Huawei, and maybe even Apple will come out with better foldable phones soon. Till then, the FlexPai is available for pre-orders priced at CNY 8999 (approx $1290 or Rs 95255) and will ship in December.