First Android One smartphone to be released this October in India

The Android One project is something that has quite a lot of excitement surrounding it, and news that will please anticipators of its fruits is that the first phone is apparently supposed to be released in India this October. Around the time of its arrival, Google will supposedly be spending around Rs 100 crore for the advertising of this initiative.

The commitment from Google to get Android smartphones across to people from emerging markets grabbed a lot of attention when it unveiled this project back in June. It will start this journey in India and will expand into other territories when the time is right. 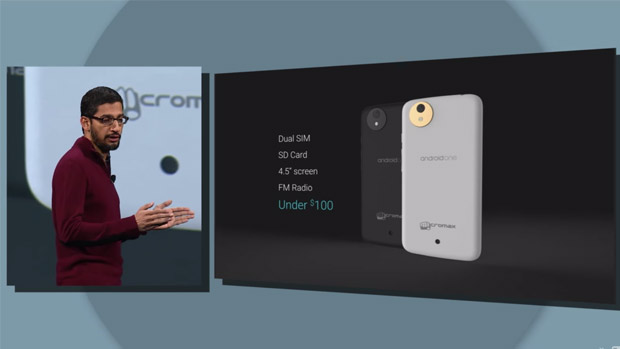 While Micromax, Karbonn and Spice have been officially announced to be readying their Android One smartphones, Celkon and Intex will also been roped in by Google as partners reportedly. As was announced by Mountain View’s Sundar Pichai, Micromax’s device (pictured above) will be the first phone to be released through the project.

For those unaware of Android One, it is basically a set of reference points which Google will be providing to device manufacturers for their handsets to be able to grant the optimal Android experience. These smartphones will be priced below $100 and will receive regular updates from Google.

Folks aware of the company’s plans have told The Economic Times that a whopping Rs 100 crore are being planned to be allocated for the marketing of this project later this year. If that is the case, Google’s effort towards bringing smartphones to the masses through Android One should definitely grab many an eyeball this October.