Firefox Mobile Version to come out in 2008, says Mozilla 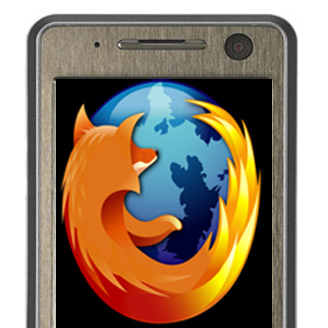 After revolutionizing desktop web browsing, Open Source foundation Mozilla is now all set to invade the mobile market with a version of its popular Firefox browser for mobile phones.

Mozilla already has a project named ‘Minimo’ for the development of a browser application for mobile devices.

Mozilla has already hired two high profile mobile developers for this project for the development of a browser application for mobile devices.

In fact, many will not even know that Mozilla currently provides Mozilla for the Nokia N800 and Minimo for other mobile devices. But now, the company wants to bring the Firefox experience to the mobile phone screen.

It has been reported that former Openwave browser chief Christian Sejersen joined Mozilla to head the engineering and development of the mobile browser, while France Telecom’s researcher Brad Lassey is also reportedly joining the team.

Here is what Mike Schroepfer, Mozilla’s vice president of engineering wrote in a blog post: “We are serious about bringing the Firefox experience and technology to mobile devices. Bringing Firefox add-ons, the Mozilla platform, open source, and a large and passionate community to the closed and fragmented mobile platform will do the world some serious good.”

Schroepfer also added that this new project is now going to replace the Minimo project which the company would stop working on once this project begins.

“This project is focused on Mozilla technology that will ship after Firefox. We’re at least as excited as you about getting Mozilla’s great web capabilities into your hands, literallym but it’s a big undertaking, and won’t be something that we can wrap up in time for Firefox 3,” added Schroepfer added in his blog post.

Thus, the new mobile browsing application would appear no earlier than 2008, most likely after Firefox 3 is completed.