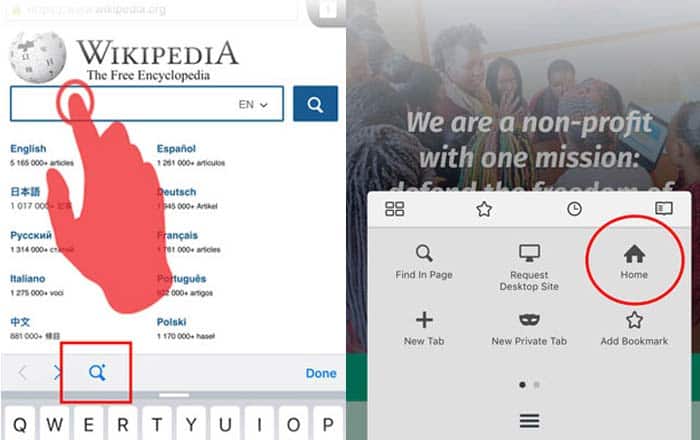 Firefox has issued a number of major upgrades to its iOS app in order to make it faster and more useful to its users. It’s one of the more significant updates to the browser ever since its launch late last year.

Speed is paramount when it comes to surfing through the web. Firefox claims that its iOS app is now 40% less demanding when it comes to CPU usage and 30% less taxing with regards to memory utilization. This basically translates to shorter loading times for web pages and significant battery life savings.

However, Firefox itself points out that all devices and humans are different so actual real-world results may vary. Another neat tool is the ability to add any website-specific search engine so users can hunt through any site directly through the address bar.

For instance, e-commerce shoppers can add eBay so they are able to quickly search for an item they want without having to actually go the website and type in their query. To get started, all a person has to do is go to a website like Wikipedia, click on its search box, and then tap on the magnifying glass which pops up to add the page to Firefox’s list of search engines.

Firefox is also making it easier to navigate the iOS app by introducing a new menu in the toolbar which lets patrons quickly access frequently utilized features, whether it be adding a new bookmark or finding text in a page. It’s further trying to make tabs more user-friendly by letting people recover recently closed tabs they may have shut down accidentally.

Finally, consumers can now customize their favorite site as their homepage, accessible via a tap of the home button. The updated Firefox for iOS is now live and can be downloaded via the App Store.