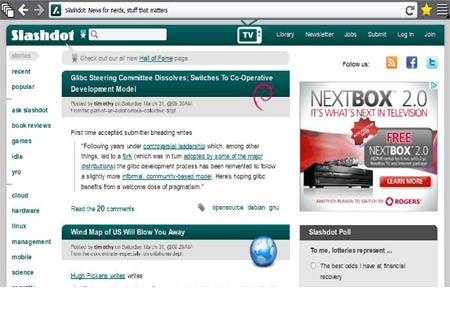 With Microsoft’s upcoming desktop OS out in its first beta stage, Mozilla apparently plans on being the first in line to deliver its Firefox for Windows 8 application. Unlike the desktop version, this app is built for the Metro UI and a working prototype of the web browser is expected to launch sometime during Q2 of 2012.

Being in the development stage, the browser is said to be highly similar to its Android counterpart. Basic functions like surfing the web, tabbed browsing, and bookmarks are also be supported. The prototype is based on Fennec and should be multi-process capable. The company has also integrated the Windows 8 search contract into its software. Through this, users should be able to share pages with others on Facebook, Twitter and many more, via the Share Charm. 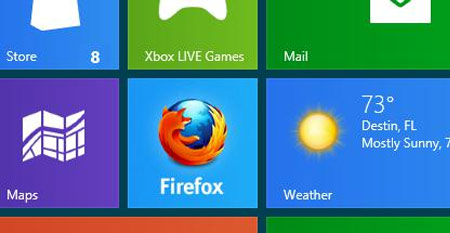 “As of last week, we have a working browser in Metro. It currently looks and feels the same as the Android browser. You can navigate the web, create tabs, bookmark pages, build history, retain cache, adjust preferences, and more. Since our prototype is based on Fennec we have a multi-process capable browser for free. Currently there is only one content process, but I believe the longer term plans are to increase that,” stated Firefox developer, Brian R. Bondy through his blog.

Well, Mozilla isn’t the only giant in the race expected to deliver a web browser for the upcoming version of Windows. The folks at Mountain View appears to have a specific version of Google Chrome in the works as well. And with the launch of the Windows Store, it seems obvious that a wide catalog of Metro-styled apps from third-party developers is already in the pipeline.

Based on the product road-map provided by Mozilla, the Firefox for Windows 8 browser is currently on the cards with a functional prototype scheduled for a Q2 2012 release.