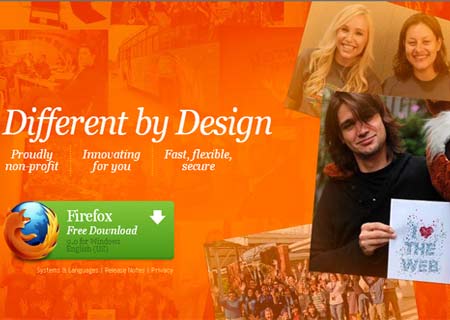 It’s only been a month since the last update and the final version of the Firefox 9 download is already up for grabs through Mozilla’s website. This new release comes bearing improvements to JavaScript performance and better theme integration as well as two-finger swipe gesture support for Mac OS X Lion.

Accompanying this update are new JavaScript enhancements which the company claims, significantly increase the browsing speed through Firefox for Windows, Mac and Linux. The latest builds are equipped with the previously announced SpiderMonkey feature, Type Inference. Through this, the web browser is said to provide faster speeds that shows an increase of around 30% along with revamped JavaScript performance which results in rendering richer websites or apps containing pictures, videos, games and 3D graphics. 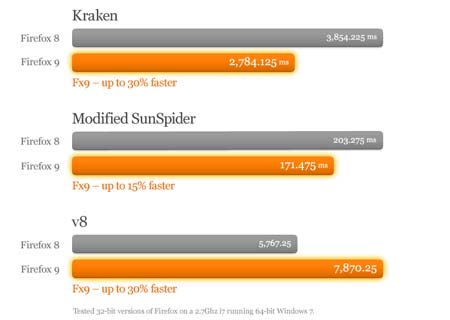 To provide a more effective analysis and to generate efficient codes, the Type Inference also integrates with the JaegerMonkey JIT compiler. Improvements and results can be found through benchmarks like Kraken and V8. Besides these, those who download Firefox 9 for the Mac OS X Lion release will see that it brings in support for two-finger swipe gestures that allow users to conveniently navigate through websites. According to the official Mozilla blog, the company has also reworked the browser’s design to match certain elements of Apple’s OS including the main icon and application toolbar styles. Furthermore, a new tablet optimized Firefox for Android application is up for grabs through the Android Market.

The Firefox 9 download is now live through the Mozilla website. The Firefox 10 and Firefox 11 alpha releases can be acquired via the Aurora and the Nightly Builds channels, respectively.