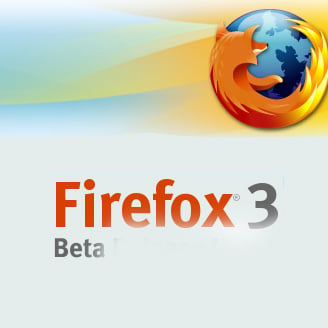 Mozilla has released the Firefox 3 Beta 3. And just like the beta versions of Firefox 2, the latest release is only planned for developers and testers, and not for the general public use.

Around 1,300 improvements have been made to the Firefox 3 Beta 3 version, which include better security, bug fixes, performance enhancements, and user interface advancements.

One of the biggest concerns of this release was the “security” levels. Users can now click a site’s icon to check if their connection is safeguarded from snooping. In addition, the new malware protection alerts users when they enter into sites which are known to deploy malware and execute other illegal actions. The browser now supports Extended Validation (EV) SSL certificates, firmer SSL error pages, and incorporates anti-virus integration in the download manager.

Also, a new download manager, along with an appearance and feel that equals the look of the operating system the user runs it on. Newly designed navigation buttons have been launched and for the very first time the star icon allows users to tag and bookmark URLs right from the address bar. On the basis of the user’s browsing history, tags and bookmarks, one can type in the address bar to bring up the best guesses of the page you’re trying to get.

Significant code rewrites of the page layout, graphics and font engines have been dealt with in the previous Firefox 3 betas. In addition, more than 350 memory leaks have been fixed.

All developers and testers can avail of the Firefox 3 Beta 3 builds for Windows, Mac OS X, and Linux in a choice of 30 languages.

The full release of Firefox 3 is slated to take place later this year.