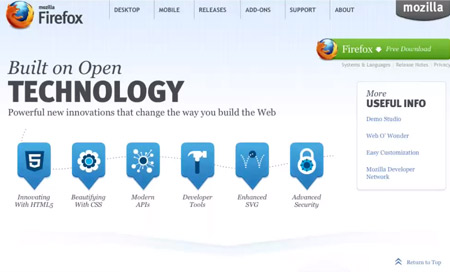 The Firefox 10 download is now out with a number of enhancements including new developer tools besides the usual bug fixes and tweaks. Fans of the browser who are eager to know what this development is slated to bring, can look forward to a whole bunch of fresh features. Besides offering integrated developer tools, add-ons will also be compatible by default.

The official Mozilla blog shares that the new development brings support for CSS3 3D-Transforms. This attribute will allow developers to directly create 3D elements from 2D ones with HTML5. It eliminates the need to deploy third-party plug-ins in order to get the work done. The next improvement comes in the form of Anti-Aliasing for WebGL. Developers can seamlessly blend in objects to proffer a smooth user experience. Another enhancement is the Page and Style Inspector which intends to make editing of websites a much easier affair. 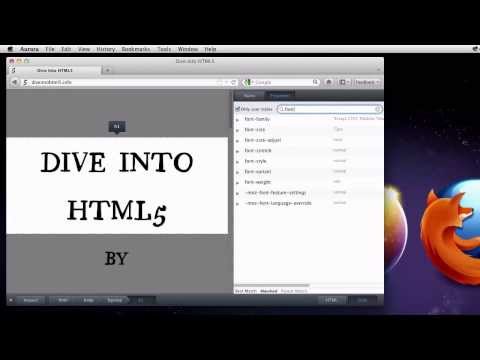 The forward button now only appears after the user navigates back. Additionally, the Mozilla Full-Screen API has been introduced for websites and web applications, something that may receive a thumbs up by developers. They can create an enhanced web experience, with the entire screen at their disposal. So, immersive videos, full screen games and more can be brought to the fore by developers, with these new additions. Apart from the revamps made to the Firefox add-on compatibility, the update process has also been simplified for easy utility. 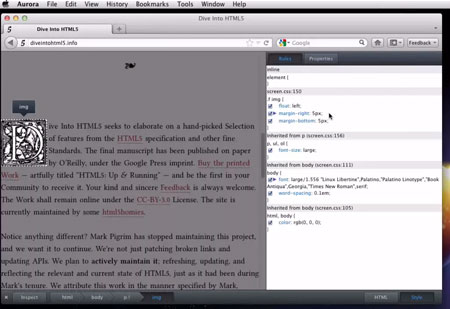 Developers can download Firefox 10 for Windows, Mac and Linux systems, in order to acquire all the latest attributes.