Google has got an unexpected viral hit on its hands with a new “Is your portrait in a museum?” feature inside its nearly 2-year-old Arts & Culture app. The tool lets you upload a selfie of yourself and then tries to find your art twin.

You might have noticed quite a bit of social media chatter around Arts & Culture, with many celebrities posting photos of themselves and their painting doppelgangers. The results can be hit-and-miss since the app relies on algorithms to measure your face and find a match. Some people get paired with the wrong gender, while others can’t get any hits at all.

Before you get too excited though, you should know that this art selfie feature is restricted to select locations only. Annoyingly, Google hasn’t specified which places can access the app. Based on reports, it seems the tool is US-only right now. However, there are plenty of folks in the US who can’t get access to it either. 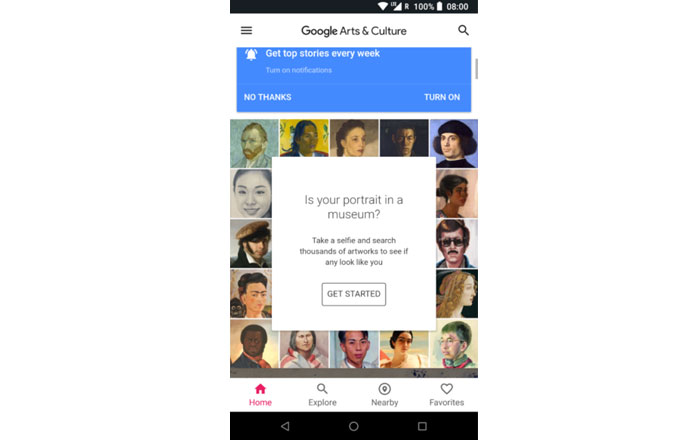 Google hasn’t said anything about whether it’s going international with the ability. It’s understandable in a way since it’s clearly meant to be an experimental feature and is not ready for prime time yet. The algorithm behind it will probably improve with time as more diverse artworks are added and it gets better at measuring people.

Also Read: Google wants you to try out its experimental photo apps

Google Arts & Culture is available via the Play Store and App Store. If you can’t spot “Is your portrait in a museum?,” try downloading a VPN and fooling the application into thinking you’re in the US. If nothing else, you can enjoy the app’s collection of paintings, 360-degree museum tours, and art identifier skills.