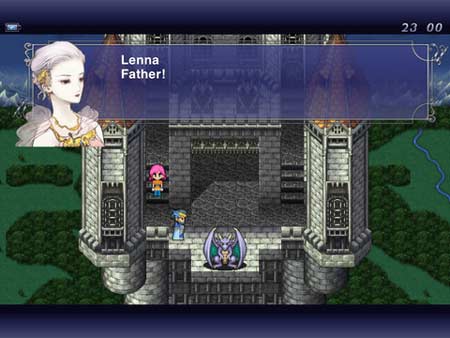 Final Fantasy V has come to the iPhone, iPod Touch and iPad, and is now available on the App store for a price of $15.99. The original role-playing video game was released more than two decades ago in Japan and has a deep job system embedded into it with a great deal of character customization possible.

The game involves magic, monsters and friendships and takes players back to medieval times where they must embark on an adventure as the paths of four heroes are twisted together by fate. Playing a starring role will be Princess Lenna of Castle Tycoon, Bartz Klauser a traveling adventure and his Chocobo buddy, the pirate captain Faris and the mysterious Galuf. The video below also describes Galuf’s granddaughter, Krile Mayer Baldesion.

The plot is a simple one. The crystals relating to earth, water, fire and wind, that bring peace and prosperity, lose their power and on the brink of destruction. Players must traverse the world and interact with in-game characters to gain information on the goings-on. Experience gathered leads to leveling up, and with that, a characters abilities and attributes increase.

The game’s classic 2D graphics have been reworked and remolded for the portable experience, giving a refined output. Also, the controls have been understandably tweaked, leading to a touch screen interface. This mobile version also has a few additional job classes such as gladiator, cannoneer, oracle and necromancer, taking the total to 26 different categories. There is an active-time battle system which has been fine tuned for fluid combat sequences on handheld devices, and there are a variety of achievements in the iOS version to be earned. 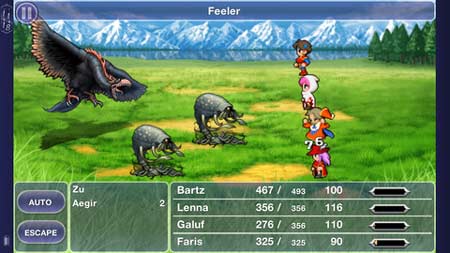 Furthermore, just like the added job tiers, this version also includes ‘The Sealed Temple’ from the 2006 release of the game for the Nintendo Game Boy Advance, as well as a new optional boss character, Enuo, from the title’s back story. But it hasn’t been revealed whether a quick save function has been granted to a new generation of players.

The iOS version of Final Fantasy V on the Apple iTunes store comprises of a hefty 141MB download and should have mobile gamers captivated for hours over hours with its medieval antics.