Not many OEMs in the affordable market roll out major software updates for their devices, but Xolo is still keeping its promise by getting most of its smartphones to Android 4.4 KitKat. The Q3000 is the latest in the series to taste the new (which will be old in a few days) flavor of Google’s mobile OS.

Back in August, the company rolled out a beta version of the firmware to give users a taste of what they could expect. And now, the final build is being released for the Xolo Q3000 handset. As always, there’s no changelog available for the Android 4.4 KitKat update. 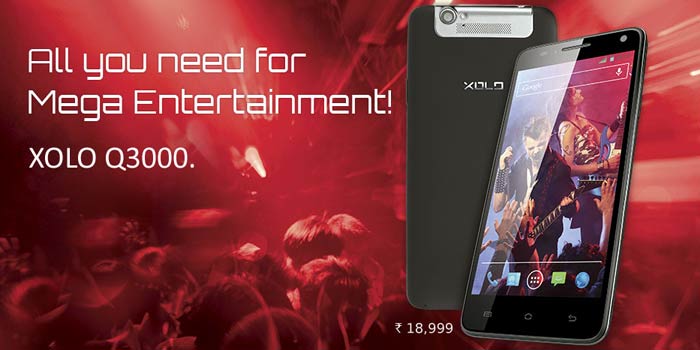 You can be sure that the main enhancements offered by KitKat which include an overhauled UI, better performance, tighter security and much more will be available. And we don’t expect to see much bloatware from the company as you’ll be given a near to stock experience similar to what the beta release offered.

Also read: Xolo One shows up on official India website with Rs 6599 tag

Xolo is seeding it to users over the air and it can be downloaded through the Care application. Be sure that you’re on Wi-Fi as the software is most likely going to be a heavy one. Additionally, you can head over to the company’s website to manually download the update file.

Here’s a quick overview of the Xolo Q3000’s specs:

The Xolo Q3000 was amongst the first wave of smartphones to get Android 4.4 KitKat, so it looks like the company is taking a lot of time to deliver the new firmware. Also, we’re yet to see the Hive UI arrive on new devices.