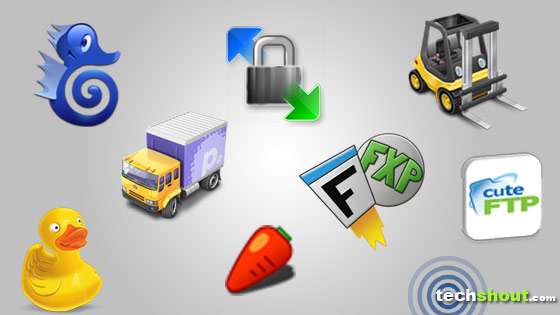 Here are 8 Filezilla alternative software for those searching for a new tool to replace the said one. Web hosting is an important task for those who have businesses that concern the Internet, and hence this little FTP utility is a godsend for them. It’s a free and cross-platform tool that is able to provide compatibility with SFTP and FTPS (FTP over SSL/TLS) along with FTP of course. Available in multiple languages, the Internet marvel also supports firewalls, proxy connections as well as SSL and Kerberos GSS security. But a number of users are now looking for other options that they can explore, and that’s where we come in. We’ve gathered for you a long list of other such products which you can read about and decide whether or not to grab hold of. Let’s go have a look at them then. 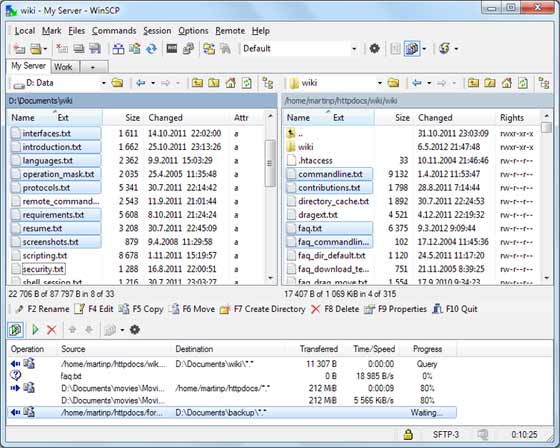 WinSCP is a popular SFTP, SCP and FTP client, but it’s meant only for Windows. This free and open-source software features an intuitive user interface that is accompanied by its basic file manager and file synchronization functionality. Safe file transfers between local and remote computers using WinSCP are taken care of by Secure Shell (SSH) and its support for the SCP protocol. Moreover, it also kicks in a remote editor which allows a user to make changes to text files remotely. 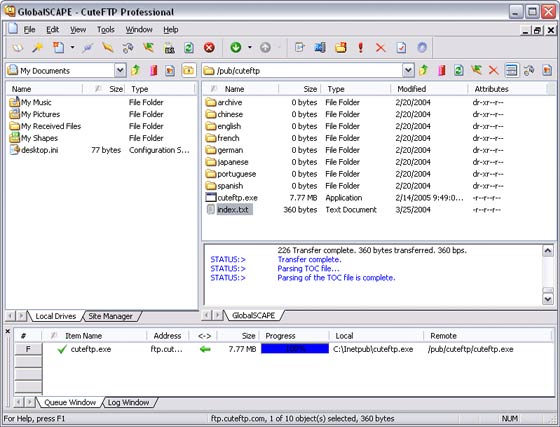 Now here’s a program like Filezilla that we ourselves employ on a day-to-day basis. Developed by GlobalScape, it is available to download now on both Windows as well as Mac platforms, but a number of features make the cut in the latter version of the software. This light and fast utility offers the simplest of user interfaces and delivers all the basic functions that you’d expect from such a product. Trial versions of it are available for free, but you’ll need to shell out some cash in order to be able to enjoy its full benefits. It is mainly used for transferring files between computers and FTP so as to publish web pages, download digital images, music, multi-media files, and software. 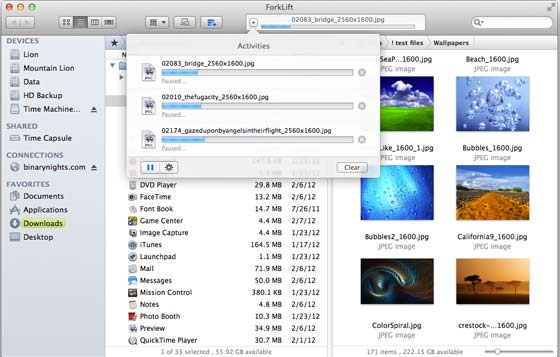 This superb utility is meant for Mac users, and is described by its makers as a ‘dual-panel file manager and SFTP/FTP client.’ Its attractive design is accompanied by a flurry of unique features that should prove to be extremely helpful for those who download it. Apart from FTP, it also offers support for SFTP, WebDAV, Amazon S3, iDisk, SMB, AFP, and NIS. Its tabbed user interface is a boon for fast handling of tasks, while other attributes like Remote Edit, FXP Copy, Multi-rename, Disklets and more also prove to be valuable. It can be purchased at $4.99 and tried for free. 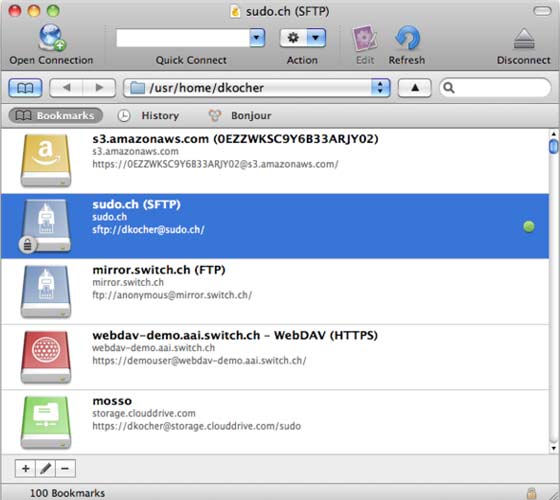 Available for Mac as well as Windows, this software similar to Filezilla from our list is sure to excite interested parties with its features. It is a free open source software which grants support for FTP, SFTP, WebDAV, Cloud Files, Google Docs and Amazon S3 as well. Cyberduck’s seamless integration with external editor applications for the editing of files creates a fairly simple environment for making changes to your content. Furthermore, it comes equipped with support for over 30 different languages. 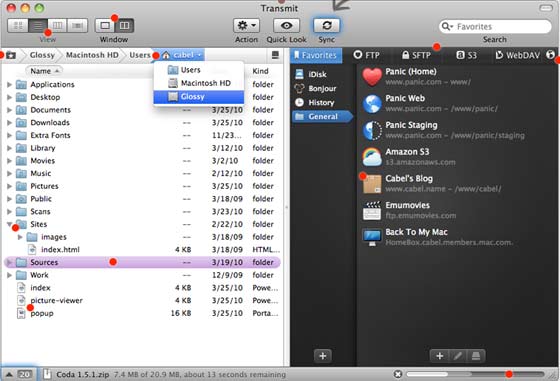 Another Mac-exclusive software in this compilation is called Transmit. It’s a shareware which means that following a seven-day trial period, it will be available to be used only for seven-minute sessions; unless of course, you decide to purchase it. And purchase you probably will, for its neat attributes are extremely attractive. A number of changes introduced through Mac OS X 10.4 are also taken advantage of by this utility. It has been developed by Panic which is known to have conceived various other Mac software like Coda, Unison, and CandyBar. 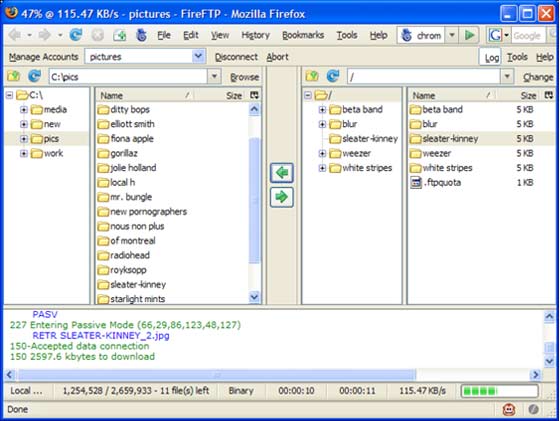 The next program like Filezilla we have for you today is different from the others in the sense that it’s distributed as an add-on for the Firefox browser. And hence, FireFTP is able to run on all the platforms that Firefox is compatible with. It’s a simple tool but the fact that it can be operated from within your browser makes it more special. If offers FTP, FTPS and SFTP support, while it even delivers other important attributes such as directory comparison, syncing directories while navigating, SSL encryption, search/filtering, integrity checks, remote editing, drag & drop, file hashing and more. It can be downloaded now from the add-ons section of your Firefox browser for free. 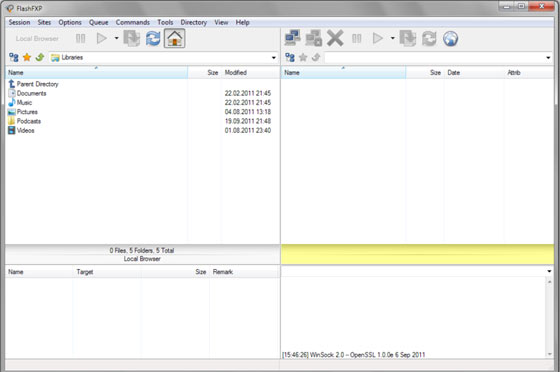 FlashFXP is a proprietary FTP client which bears a simple Windows-based GUI, and proffers compatibility with both client-to-server and server-to-server (FXP) transfers, apart from SCP/SFTP. Its makers advocate its use to create and sustain your websites. FlashFXP is a great tool for simple hosting of much-needed documents, photos, videos, music and more. A 30-day trial version of it can be downloaded free of cost, but using it more than that will require a hefty purchase. 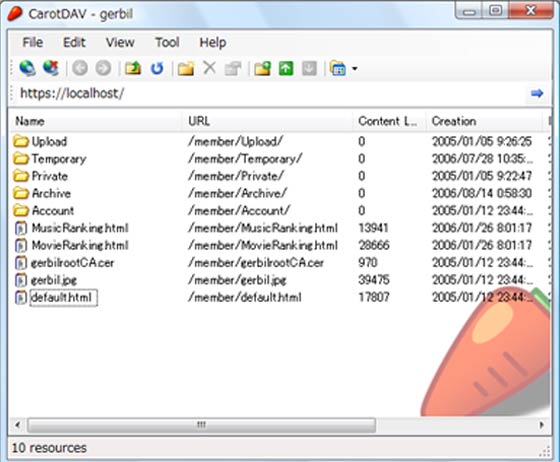 Here’s another useful addition to this compilation which simply connects to several cloud storage services like SkyDrive, DropBox, GoogleDrive, Box and SugarSync, and grants you the liberty to upload and download files in an integrated manner. But that’s not all; it even WebDAV, IMAP, and FTP which makes it an incredibly useful tool. It’s a completely free offering which is a cherry on the cake for interested readers. CarotDAV is available for download only for Windows through its official site.

We hope this catalog of Filezilla alternative software has succeeded in letting you find out the one which suits your needs the best. If not, have a go at all of them and stick to the one you like the most.