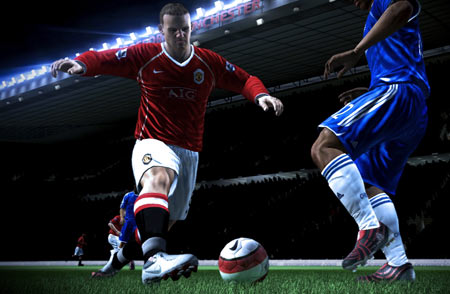 EA has revealed some more details of its much-awaited FIFA 08 game for the Xbox 360 and PS3 game consoles. A few days ago we had reported about the athletes who would be gracing the cover of the game.

EA Sports’ FIFA 08 game expected to include tremendously deep gameplay features which are supposed to create an experience that matches the complexity and finesse of the real-world game. You can definitely expect the game one that belongs to a next-generation category. In fact, judging from the screenshots itself, the game seems to look super-realistic.

Firstly, the Interactive Leagues that made its debut in the FIFA 07 now makes a comeback in the game.

EA has also introduced a new mode called ‘Be A pro’, in which gamers will be able to play as a single player and master all the key moves of a professional football player, from positioning and tackling to reading the filed and passing. 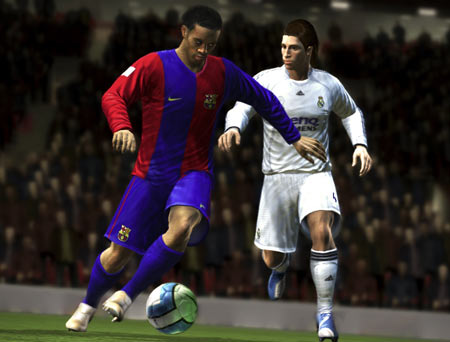 EA Sports’ FIFA 08 is also expected to have smarter A.I that will feature a 35-point decision engine. This will allow players to process multiple decisions and reactions in real-time.

Also included in FIFA 08 is the ‘Threat Map’ system that will make the players sentient of their surroundings, reacting genuinely to threat and opportunities to make intelligent football decisions.

Andrew Wilson, Executive Producer, FIFA 08, commented by saying, “This year, FIFA 08 takes its second step into the next-generation. Last year, we kicked off the next-generation by introducing a new engine and stunning ball physics. This year, we are introducing new gameplay, new modes and a new feeling of football finesse. Be A Pro forces you to think and react like a professional player, you will experience the whole range of emotions players go through during the course of a game. This feature, along with advancements to our gameplay engine, will deliver on our promise of authentic football gameplay.”

Joe Booth who is the producer for FIFA 08 on Xbox 360 and PlayStation3 said, “The Interactive Leagues is the most successful online tournament we’ve had for the FIFA franchise and I am excited to bring it into this year’s next-gen game. As a Leeds United fan I was pained to see Manchester United win the first Interactive Premier League last season. However, I’m looking forward to equalizing the balance this year through FIFA 08. One of my favourite things about Interactive Leagues is how it connects me and the development team with the FIFA gamers via our weekly in-game pod-cast. We have just broken the one million downloads mark and It’s been an incredible way to interact with other fans, share experiences and answer questions.”