1. Why We Should All Be Using The Signal Chat App

Encrypted communications are the need of the hour, especially if you’re sharing sensitive information with your contacts. Which is why Signal is such an important tool these days. Its end-to-end encryption applies not only to instant messaging but also to voice and video calls. What’s all the more awesome is the fact that it’s a free and open-source program that works not just on your iPhone or iPad, but also on your Mac devices. Not to mention versions for Android, Windows, and Linux are available as well.

A testament to Signal’s brilliant encryption capabilities is the fact that whistleblower and privacy advocate Edward Snowden claims to use it every day, while Twitter CEO Jack Dorsey also swears by it. Signal provides total privacy to its users and is replete with tons of features that ensure both your conversations and your data are secure from snooping eyes all the time. For users of Apple devices, iMessage is a great tool for messaging and it offers end-to-end encryption as well, but it’s sadly, not cross-platform. So it makes a lot of sense for iPhone, iPad, and Mac users to have Signal installed across all their devices. Once you’ve done that, these 10 tips will definitely come in handy. 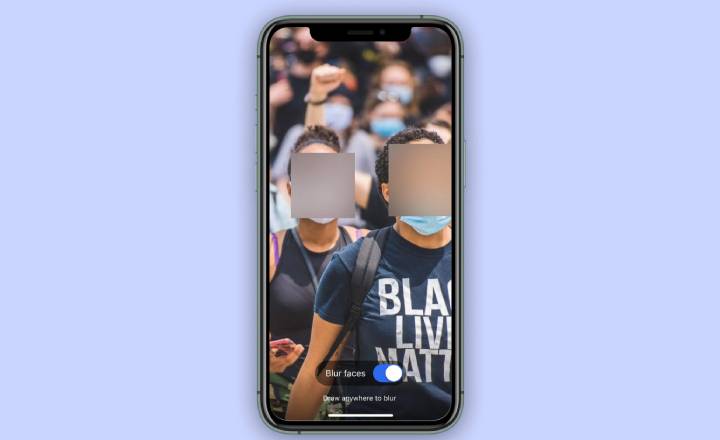 During the Black Lives Matter protests in the US and over the world, the folks over at Signal introduced this new feature that lets you blur all the faces in your photos before sending them across. It was important for the protests since it not only protected people’s identities but also allowed them to send photos without leaving a trace as to who is in them.

The company’s founder, Moxie Marlinspike had written in a blog post, “We’ve also been working to figure out additional ways we can support everyone in the street right now. One immediate thing seems clear: 2020 is a pretty good year to cover your face.”

Now, there are several apps out there that let you blur faces in your photographs but most of them perform their operations on the cloud. This compromises their security in a big way, as the process may lead to the image staying on the cloud after it has been edited.

Singal’s face blurring happens entirely on your own iPhone, iPad or other iDevices. Just pressing the Blur Faces button while sharing any image from the app identifies all the faces in it and automatically blurs them for you.