TechShout
Home Features Apple iPhone 8: Everything We Know So Far

The original iPhone was a sensation when it first came out all those years ago, dazzling the world with its tiny touchscreen and lack of physical keyboards. Jump forward 10 years and the smartphone landscape is pretty different, with innovation at a standstill and even the likes of Apple using almost the same design for three generations running.

Consumers are rightfully bored, and it’ll take a miracle for Apple to spark the kind of excitement the very first iPhone inspired. That miracle could arrive in the form of a truly breakthrough iPhone 8, checking off almost every single item accumulated on the Apple fanboy wish-list over the past decade. Curved OLED screen? Check. No pesky bezels? Check. Wireless charging? Check.

Anyone who’s been keeping an eye on Apple’s naming conventions knows that the brand follows a tick-tock pattern of adding the letter ‘S’ to a number in a series’ second generation. It follows that the next pair of handsets to come out of the firm’s stable will be called the iPhone 7s and iPhone 7s Plus. That is indeed happening, but there’s a twist. 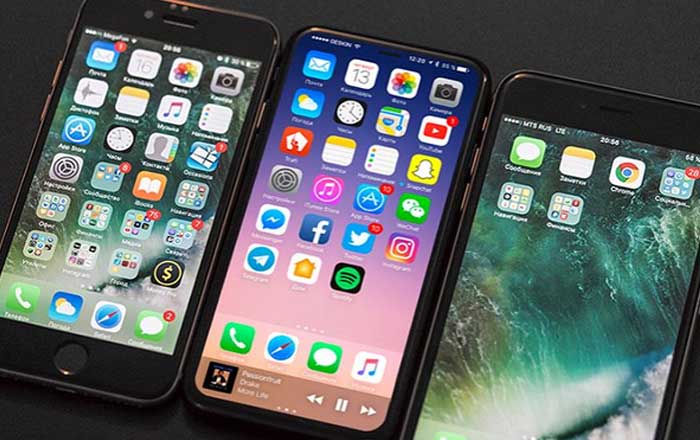 Apple’s apparently not going to stick to just two smartphones this year. Instead, it plans to launch three phones. Two will be direct updates to the iPhone 7 and one will be a premium offering celebrating the tenth anniversary of the iPhone. The last one is what’s got everyone so excited, but no one knows for sure what it’ll be called.

Some say the handset will be named the iPhone Edition (like the Apple Watch Edition), iPhone X, iPhone Pro (like the MacBook Pro and iPad Pro), or simply iPhone. There are even whispers of there being no iPhone 7s and iPhone 7s Plus models this year, with Apple just releasing an iPhone 8 and iPhone 8 Plus/Pro.

Keeping track of every single iPhone 8 rumor can be an overwhelming task for even the most diligent Apple enthusiast, which is why we’ve brought the most likely ones together under one roof. Read on to find out what exactly the brand has planned for the iPhone’s tenth birthday.

10 Awe-Inspiring Apple Stores In The World