Everyone has their own ideas about what the Apple iPhone 7 should look like. A lot of them are ‘out there,’ and only a few of them are believable. We’ve picked out some of the best and more likely designs that Apple could use for its next smartphone out of the hundreds of concepts doing the rounds of the internet.

It’s a bit unfortunate that the company which launched the ‘Jesus phone’ has been reluctant to introduce any big aesthetic changes in generations of Apple iPhones. If it ain’t broke, don’t fix it? This won’t stop fans from hoping the iPhone 7 will appear way cooler than its Android rivals upon launch. 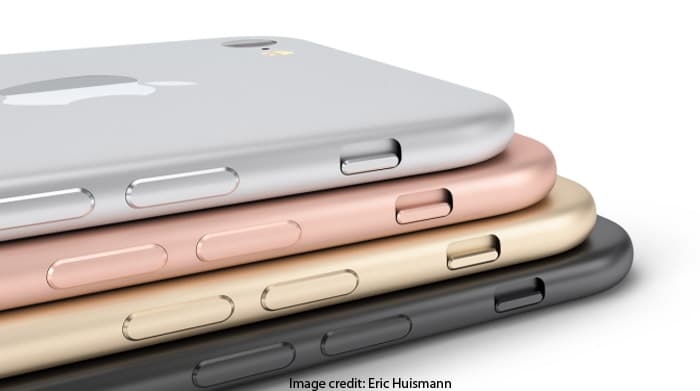 So without further ado, let’s kick off our list of awesome Apple iPhone 7 concepts with the above images by Eric Huismann. They appear quite convincing, don’t they? In keeping with the latest rumors about the upcoming handset, there are no antenna bands on the rear case, as depicted in the second picture.

The first one imagines the iPhone 7 in three variants. There are strong indications of Apple unveiling 4.7-inch and 5.5-inch variants of the series in fall 2016. In case the company decides to pander to the 4-inch market with a ‘mini’ version, the one on the far right is Huismann’s sketch of it.

Samsung Galaxy S6 and S6 Edge have their Indian price and...

Apple may be working on its own money transfer service

Even Sony jumps aboard LTE bandwagon in India through Xperia E4g