The Samsung Galaxy S6 Edge has been mostly receiving positive reviews from the media. And while it’s certainly a huge step forward from the Galaxy S5 which will soon be a bad memory, it does have downsides of its own. So before you set your heart on this marvel of a smartphone, it’s worth knowing what you’ll be getting into and also the sacrifices you’ll have to make.

The Samsung Galaxy S6 and S6 Edge are more or less the same smartphone, but what sets the two apart is that the latter comes with a display that’s curved on both sides. The edges are more subtle compared to what you’d find on the Note Edge and while they do make the phone more attractive than the normal version, we still find it to be quite gimmicky. 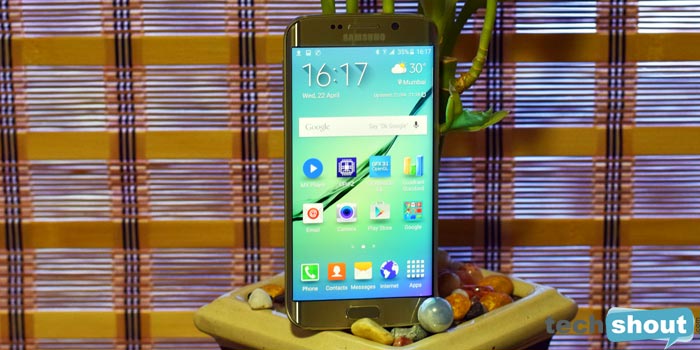 Firstly, there isn’t a lot that you can do with the curves, unlike in the Note Edge and we don’t really see the enhancement being a game changer, like most Samsung-exclusive features. But that’s not the main issue – When in locations with ample ambient light, the curves cause glaring which can be a huge annoyance, especially whilst watching videos. 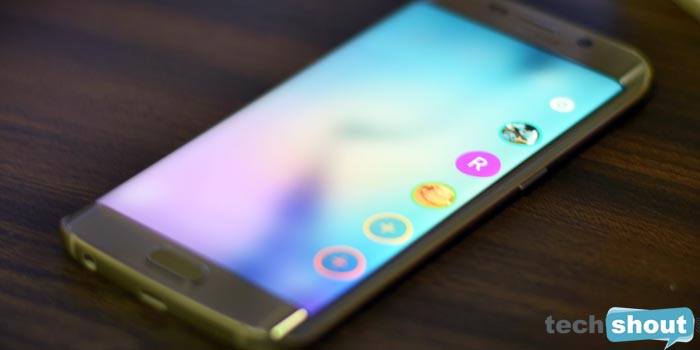 And while Samsung claims that the edges offer more comfort, it feels quite sharp and there’s less space for your thumb to get a good grip. At the end, the sole purpose of the dual curve design isn’t to add more functionality and improve the user-experience – It main purpose is to make the phone look more attractive. The added features are only the incentive of shelling out more cash. If the new approach was a game change, there really wouldn’t be a need for the normal Galaxy S6, now would there?

2. What happened to the Glove mode?

Do you know what’s more disappointing than leaving out much-needed new features from a top-tier smartphone? The answer is simple – Not carrying over much-loved attributes from previous releases. In this case, the Glove mode which has been present in all flagship releases over the past couple of years is nowhere to be found on the latest devices. The entire Touch sensitivity menu has disappeared and hence, you lose the ability to adjust the sensitivity of the screen to make it usable even with gloves on. This is certainly going to be a big issue for those who work in harsh conditions or live in extremely cold places. 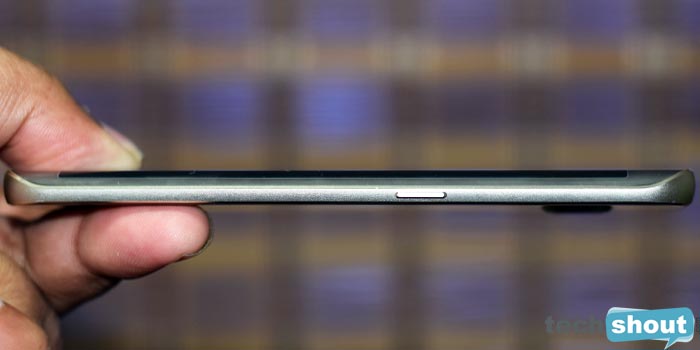 While the Galaxy S5 failed to impress owing to its lackluster looks, the addition of a water and dust resistance is what made the phone a great pick. Things are exactly the opposite with the Samsung Galaxy S6 Edge as it offers a brilliant design with a gorgeous unibody construction, but feels a step backwards without the water-resistance. 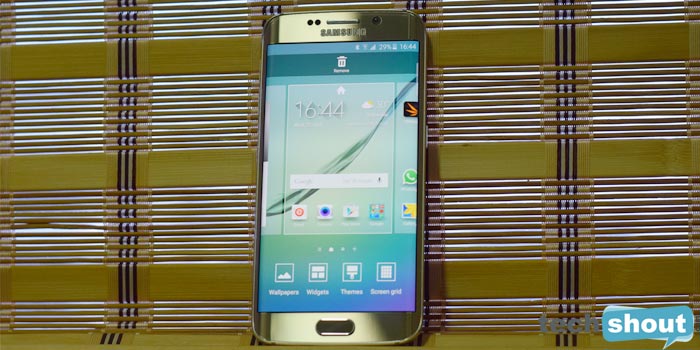 Long before Samsung officially launched the new flagships, there were many rumors of TouchWiz dropping the much-disliked bloatware (read: unwanted software that comes pre-installed). While the UX has improved greatly to a point where we would actually use it as a daily drive instead of dumping it for Google’s own launcher, the bloat still exists and there’s more than before.

Services such as S Voice, S Health, Smart Remote and more come preloaded along with new additions from Microsoft’s mobile suite, unnecessarily hogging up memory. Samsung says that they can be removed, but you’ll only be able to disable most apps from the UI and not permanently delete them.

5. No expandable storage or removable battery, why? 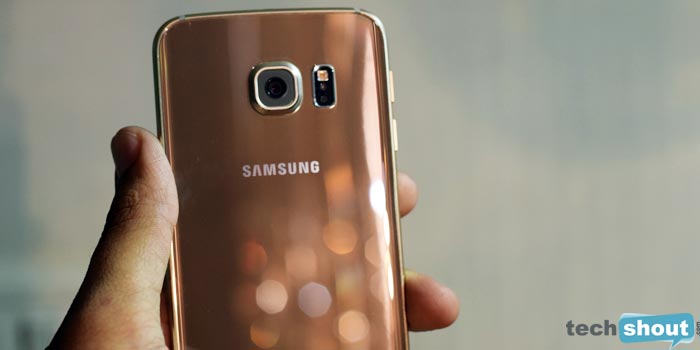 To achieve the gorgeous design on the Samsung Galaxy S6 Edge, sacrifices had to be made. And two of the much-loved features found on almost every Galaxy smartphone have been shown the door. Remember the Galaxy S5 ads (see below) which show the importance of having a user-replaceable battery when on the go while poking fun at iPhone users (read: wall huggers) who have to constantly charge their phones?

Well, the new flagship smartphones will be sailing in the same ship as the battery cannot be swapped owing to the unibody design. And Samsung hasn’t improved the power pack’s capacity either (2600mAh on the Edge), which does raise a lot of concerns.

Then there’s no microSD card slot which leaves you with just the internal storage. A lot of you are going to say that 32GB is enough and that there are 64GB and 128GB options as well. Firstly, the base model only offers 23GB out of 32GB for storage and let’s remind you that you’ll be shelling out big bucks for the extra hoarding space, which we’ve explained in more detail below. 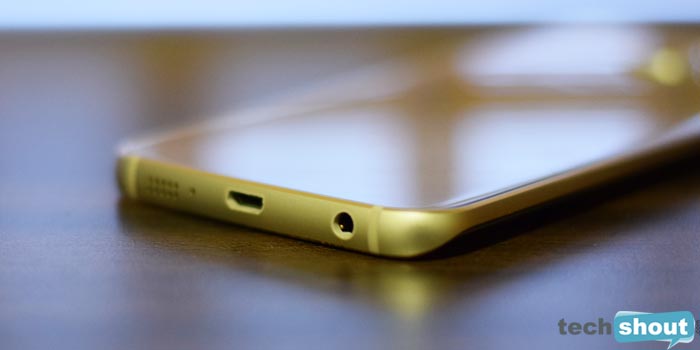 Samsung normally implements an 11-pin microUSB connector on top-tier releases and this is to enable simultaneous use of display mirroring and USB OTG, all while the phone is charging. And this is something not a lot of other OEM bothered implementing despite its huge benefits. Well, not all of these features are currently enabled on the new flagships.

The South Korean company has dropped MHL support which means that HDMI connectivity is a no-go and you’ll have to rely on the built-in AllCast streaming service to get your content on the big screen. And as a shocker, there’s no USB 3.0 support either.

7. No customizations for the LED notification light:

A notification light is pretty much standard for most modern smartphones. And while it’s present on the S6 Edge, you haven’t been given the privilege of customizing it to your liking. Basically, you’d want to set a different color to flash for specific applications and services on arrival of alerts, but that isn’t natively possible as no personalization options have been provided, except for a toggle to enable or disable the LED. It’s the small things that make all the difference in user-experience and sadly, Samsung hasn’t given these features much thought. Hopefully, a software update will fix this in the near future.

As mentioned above, the Samsung Galaxy S6 Edge comes in multiple storage options. The base model has 32GB memory with a cost of Rs 58900 and you’ll be shelling out Rs 6000 more (Rs 64900 in total) to double the storage to 64GB, or an additional Rs 6000 for the 128GB option (MRP Rs 70900). That’s crazy expensive especially when you compare these rates with the ones for the normal Galaxy S6. Do you really think it’s worth spending Rs 9000 more just to have a display that’s curved at the sides?

The trusted guys over at iFixit have done their usual reparability teat and the conclusion is that the Galaxy S6 Edge is one of the toughest smartphones to fix, giving it a reparability score of 3 out of 10. Sure, the phone is durable with Gorilla Glass 4 on the front and back, and a metal frame in the middle, but accidents do happen and they’re going to cost you a lot. The phone isn’t really designed to be taken apart with ease and so you’ll either have to shell out a percentage of the cost for a new unit or pay a hefty amount to fix the damages not covered under warranty.

While these points do raise concerns, there are a lot of things to love about the Samsung Galaxy S6 Edge. We’ll have a full review up soon – So stay tuned for an in-depth analysis.