There are several reasons to download iOS 9 on your iPhones and iPads, and most people already know them. However, a number of features that Apple has added to the software remain unknown till date to many who use it. We’ve hence decided to put together a list of eight such iOS 9 tricks which should help anyone make the most of their device. 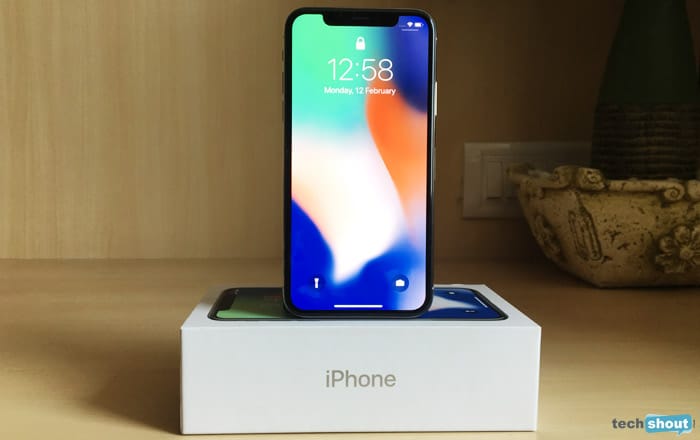 This fresh platform from the Cupertino giant was unveiled in June this year and was released for compatible devices in September. It does not change the looks of the user interface in any way but does introduce a ton of backend additions that make the experience of using iDevices better. Let us have a look at eight such traits which you might have missed out on. 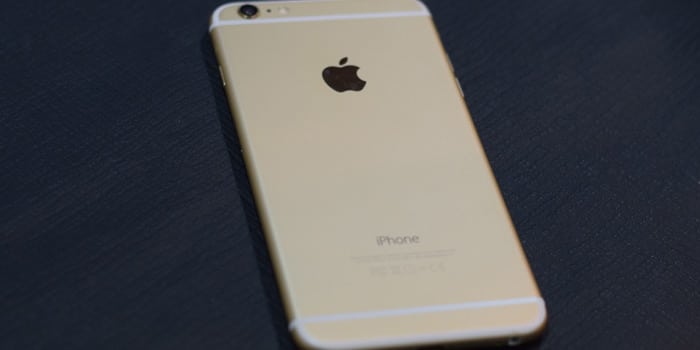 Each time you get a message or a notification and decide to not to look at it until later, you are forced to take notice of it by your iPhone by lighting up the display. There’s a simple way of getting rid of this feature.

All you need to do is place the iPhone face down on a flat surface. This will lead the device to believe that it’s in your pocket, and not disturb you with its troublesome attention-grabbing habit. What’s more, since the screen is not lighting up all the time, battery life is conserved as well. 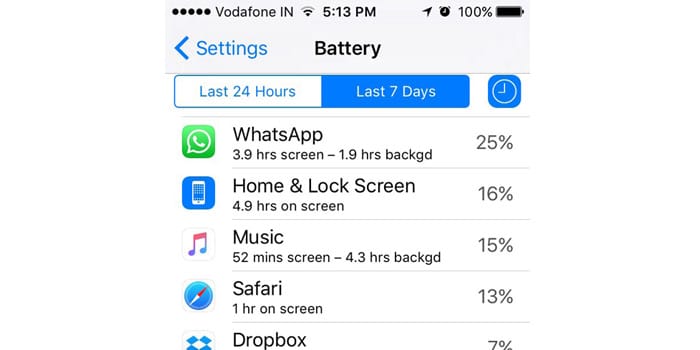 Battery usage is a huge deal for many iPhone users who would give anything for their device to keep running the entire day. It’s hence important for them to know what it is exactly that’s consuming their precious battery life. A new addition to iOS 9 allows you to dive deeper into the Battery Usage section from the Settings menu in order to find out how much time each app runs in the background.

You can do that by either tapping on the clock icon or any app’s icon to reveal the percentage of battery life that it consumes while working in the background. Facebook was recently found to perform excessive background tasks, and this had resulted in battery drain for a number of users. That fault has been fixed now though. 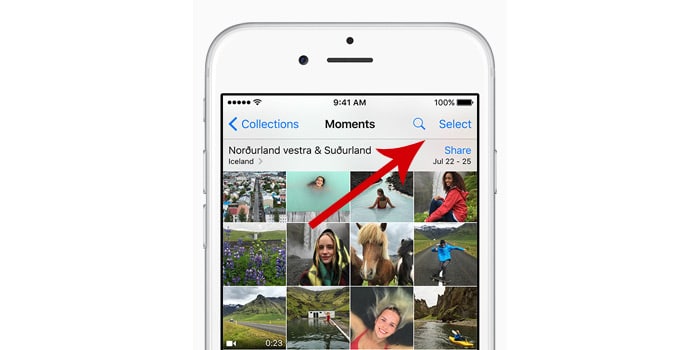 When you’re selecting photographs and videos for sending them to someone, it’s quite a task to select by tapping on each one of them. If you’ve ever wished for a simpler method, iOS has your back.

Save your phone from dying: 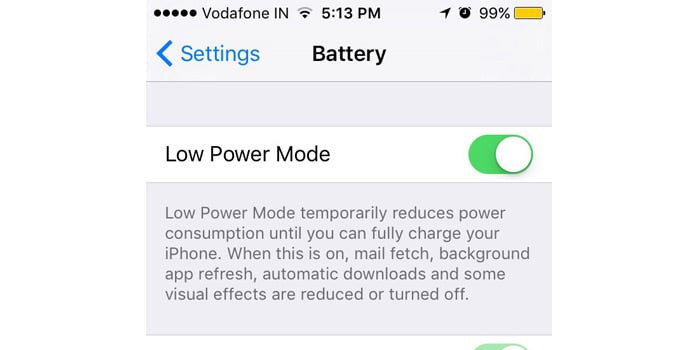 You may have seen a number of Android users switching on a Power Saving mode on their devices when they wish to conserve their battery life. Until now, iPhone did not have such a luxury, but iOS 9 has indeed given it to them.

When you find out that you won’t be able to make it through the day with the amount of juice left in your device, you can switch the Low Power mode on by entering Settings > Battery. This mode kills ‘Hey Siri’ detection, automatic downloads, background app refresh, the parallax effect and other battery-eating traits for as long as it’s on.

It’s wonderful that you can zoom into images to have a better look at things that are not easily visible. However, zooming in on videos has never been an option; until now that is. In iOS 9, you can pinch to zoom in and out of your video clips even as they are running.

The feature works only on videos being played through the Camera Roll. This is a great addition especially because the zooming happens as the video is being played, giving you a more seamless experience. 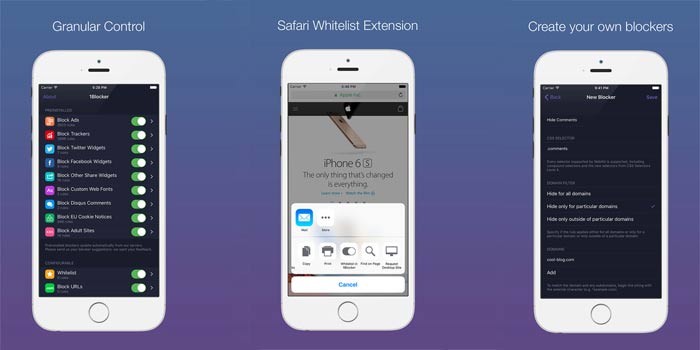 Ads can be annoying and even result in a lot of data consumption when you’re browsing the web. With a fresh window opened by Apple in iOS 9, developers are able to create apps that let you block ads from the Safari browser.

A number of such apps can be grabbed now through the App Store, but all of them need to be paid for in order to be used in a full-fledged manner. Once you’ve installed them, you need to enter Settings > Safari > Content Blockers and enable blocks for ads. Purify, Crystal and 1Blocker are names of three such apps that allow you to do that.

Back to the previous app: 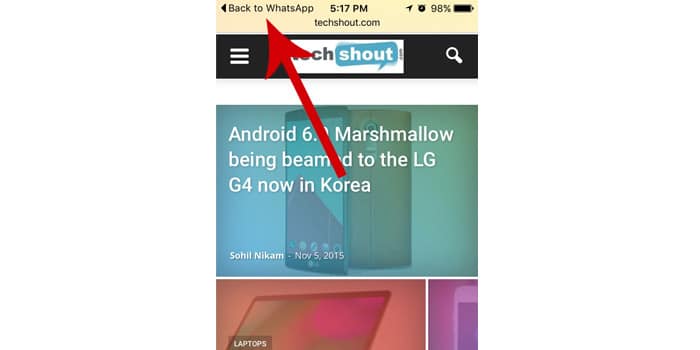 An annoying thing Android users might brag about is the dedicated back button on their devices which makes their user experience a lot better, as compared to iOS users. However, that too has in a way changed with the newest version of Apple’s software.

While the on-screen back button wasn’t available earlier when you clicked on links that took you into other apps, iOS 9 indeed has such a button. It’s located in the top-left corner of the screen and allows you to re-enter the previous app directly instead of having close Safari and launch the app again manually. 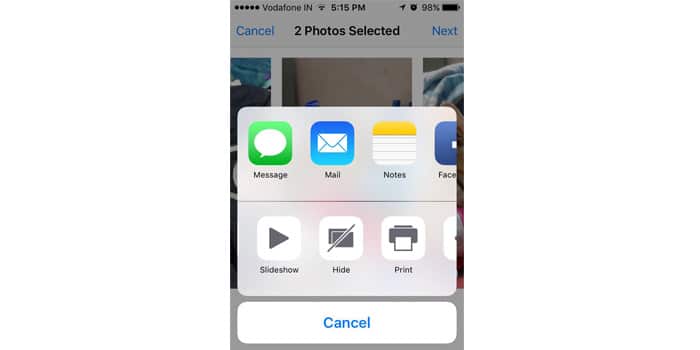 We all have photographs on our devices that we don’t want others to see. But some people just can’t respect that and are more than obliged to keep diving into your Photos apps to view your embarrassing pictures. That’s where the ability to hide certain images comes in handy.

You first need to select the photographs you want to hide and then hit the Share (little box icon) option at the bottom. Here, you will be able to access the Hide option. Once you’ve hidden your photos, they won’t be easily visible to other people. If you yourself wish to see them or unhide them, you’ll need to do that by entering the Camera app and tapping the Album icon at the bottom.

With that, we end our list of eight superb iOS 9 tricks that should definitely help you make the most of your iDevices. If you happen to know about any such tricks as well, do make sure to let us know about them in the comments section down below.