Deciding on the best Android racing game is definitely not an easy task. There are plenty of acme names currently winning hearts all over the globe. Well, to help you make the right decision, we’ve managed to handpick 7 racing games. The following titles that are drenched in this particular genre will surely appeal to all you speed demons who simply love to engage in adrenaline pumping treats while on the go. 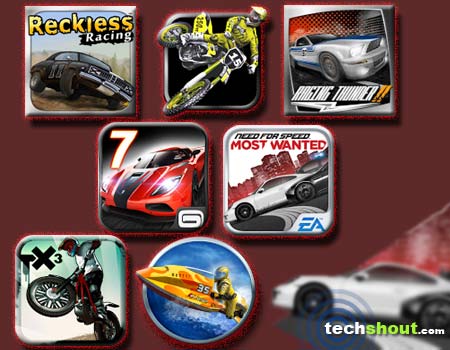 1 – Need for Speed Most Wanted: 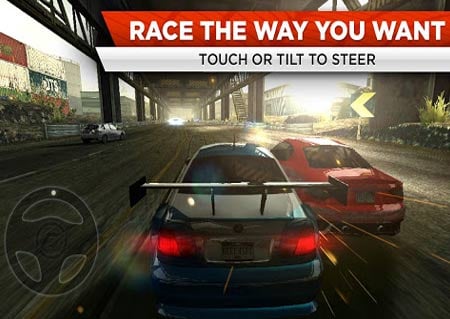 ‘Do you dare to be the Most Wanted?,’ quips Electronic Arts, the brains behind this endeavor. Here you’re called on to outsmart rivals, outrun cops and even out-drive your pals. Take to the mean streets and show off your hot rides while tearing up the virtual tarmac.

You’ll be able to try out and customize more than 40 different cars that include SRT Viper GTS, Hummer H1 Alpha and Porsche 911 Carrera S. Burn rubber by either employing the touchscreen or simply tilting your device to steer. What’s more, you can unlock new vehicles by earning precious Speed Points. 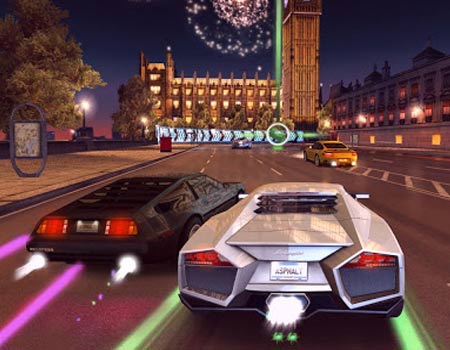 This entrant in our Android racing game roster zooms onto the scenario with a fine collection of 60 different cars from well-known manufacturers such as Lamborghini, Ferrari and Aston Martin. By shelling out just under a dollar, you’ll be able to compete with others across 15 tracks that are placed at various countries around the globe like London, Hawaii, Rio, Paris and Miami.

There’s even a multiplayer feature thrown into the amalgamation that allows up to 6 players to go head to head with each other either online or locally. And through the new Asphalt Tracker, you can challenge rivals and even compare stats and achievements. Asphalt 7 Heat further includes half a dozen modes that comprise of 15 leagues and 150 different stages. 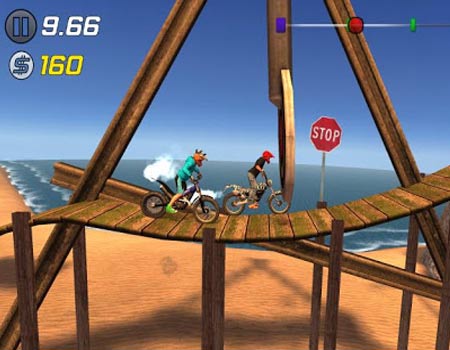 Now if you want to put the pedal to the metal without having to shell out a single penny, this one is for you. The third iteration slides in with new features and fun innovations. In Trial Xtreme 3, you can take advantage of 76 original courses that are filled to the brim with obstacles like water pipes, mines and wrecked cars scattered all over.

Maneuver around these hurdles and compete with friends as well as the world top Trials bikers. What’s more, you can further customize your rider and bike during your stay here. Zoom across the different levels by utilizing either the onscreen buttons or accelerometer. 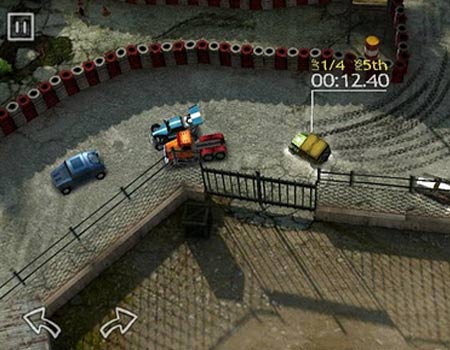 Want to drive a little precariously across the virtual terrain? Well, with this fun treat sitting in your handset or tablet, you’ll be able to do just that and then some. Waste no time in hopping into a rally car or truck and hitting the detailed dirt or asphalt backroad tracks. 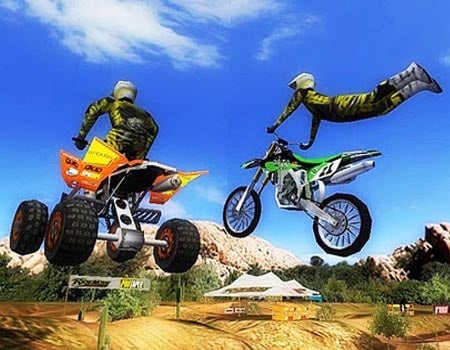 In 2XL MX Offroad you’ll be spoiled for choice as the developer brings 16 MX Supercross and Outdoor Nationals tracks to the forefront. This inclusion in our Android racing game array also features 2 freestyle levels as well as a massive career mode and achievement system. In single player mode, you can go head to head with up to 8 opponents.

Taking your overall experience up a notch are the first- and third-person camera views and 8 preset control schemes as well as a plethora of ATV and MX bike and character skin combinations. 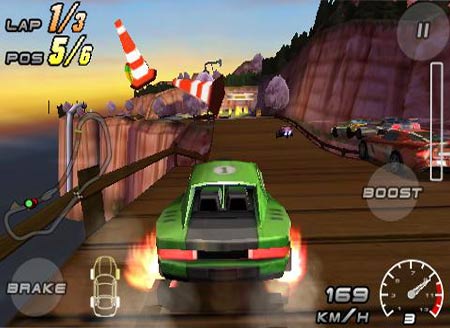 Gear up to zoom across tracks that run through the best locations like tropical beaches, the Great Wall of China, abandoned temples and snow-clad mountains. Take complete advantage of the 5 different single player modes which include Time Attack and Survival. You can even hop online with your ultimate ride to compete against opponents from all across the globe. 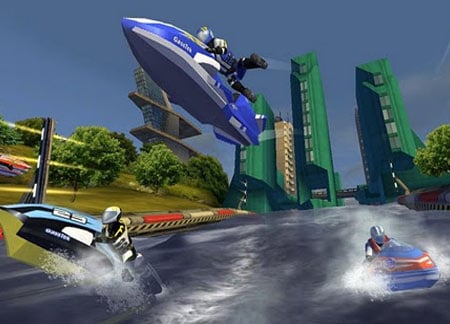 After shedding light on some great games that allowed you ride across the terrain in fast cars and awesome bikes, here’s one that lets you cool off by hitting the mean waters spread across twisting canals and mysterious research facilities. This contender in our Android racing game roundup boasts of incorporating realistic water physics, high-detail vehicles and real-time reflections.

By parting ways with just under $2, you can explore a dozen futuristic waterways and even perform dramatic stunts. You can further unlock 7 fast jet skies and exploit a trio of modes namely, Hot Lap, Race and Championship.

The genre in question here has managed to captivate the interest of players for years now. And in order to satisfy their appetite, we had earlier revealed the top 3D and free drag sorts. We had even suggested the acme names in this category for the Nintendo Wii console and iPhone. Well, we thought that it was time we brought forth a comprehensive best Android racing game lineup for this particular mobile niche. Already itching to try your hand at some of the titles? Well, go right ahead and download your desired lot. Do return to this space and pen down your thoughts on each of them.

Google Now Launcher has landed on Play Store, but only for...

Tata teams up with Acer to announce Aspire One AOD 260...