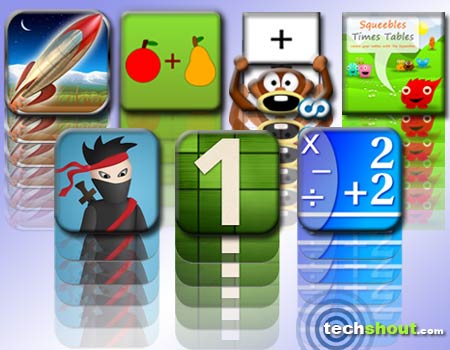 The best math apps for kids will help tiny tots learn all about numbers and other things related to arithmetic. And the highlight here is that they won’t be taught about subtraction, addition, multiplication and division by staring at boring notebooks and blackboards. Children can learn the fun way via portable devices like the iPhone, iPod touch, iPad, Android and other similar gadgets.

With a number of brilliant software pieces available out there, no longer will little tykes have to resort to counting on their tiny fingers and toes. They can instead simply interact with the device’s touchscreen and watch as the numbers and formulas dance amongst playful cartoon critters and colorful backdrops. So check out our top picks – 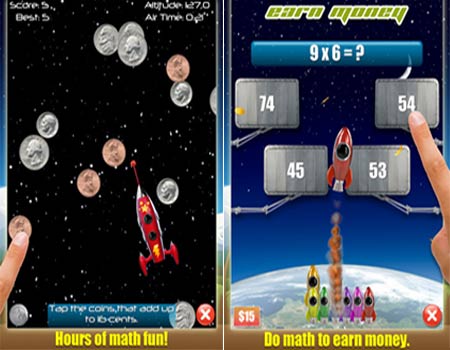 Get ready to blast off into space and beyond with this engaging application. However, you won’t find just stars, comets and planets here. The virtual cosmos is filled with 56 different missions that include a host of objects like coins, 3D shapes, clocks and pizzas floating in space. The aim here is to earn bronze, silver or gold medals depending on the scores the players achieve. The plethora of missions spans across different difficulty levels that cover square roots and even/odd numbers. Some of the fun activities include counting, US money, 2D and 3D shapes, telling time, fractions, decimals, multiplication, addition, subtraction and division. You can create up to 5 player profiles and opt from more than 15 space-themed avatars. There’s also a free version of the same that’s up for grabs. 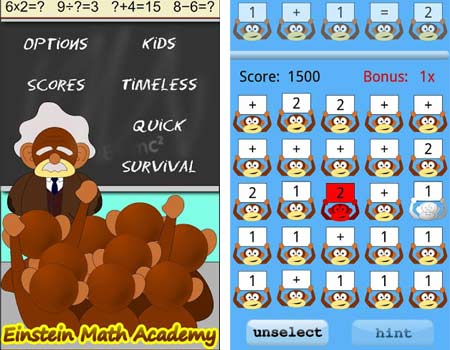 Want your child to grow up to be the Einstein of the new generation? Well, how about helping the tiny tot achieve his or her goal by acquiring this entrant in our math apps for kids roster? Well, it comprises of 4 different game modes that read as Timeless, Survival, Quick and Kids. While the former trio of sections can be exploited by 5th graders and higher, the latter is designed especially for toddlers, and 1st – 4th graders. It teaches children basic arithmetic actions and comes complete with a clever scoring system. As the developer reveals, even toddlers can familiarize themselves with symbols and numbers. There’s also catchy music and characters to help them get through the various levels. 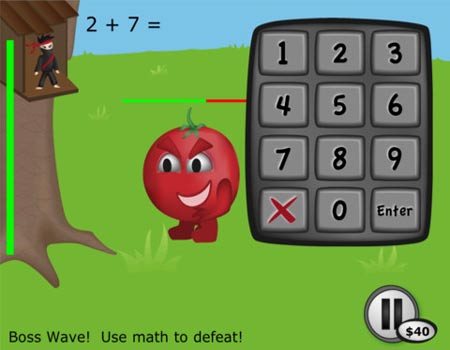 Here’s one that lets children step into the tabbi boots of a clever shinobi from feudal Japan. This time around, you’re called on to safeguard the virtual treehouse from a gigantic hungry tomato called Tomato-San and his robotic minions. And you’re weapons here include smoke bombs, ninja stars and magic which can be upgraded as per the cash you rake in.

Fashioned to grab the attention of tots from ages 7 and above, it lets you defend your treasure by solving math problems. And in case you want to try out the game first, you can always acquire the free version of the title from the Apple App Store. 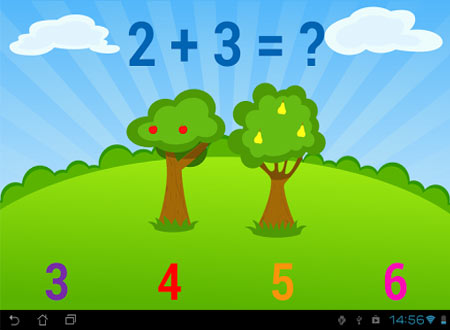 Want to get your hands on a kid-friendly delight that makes learning numbers and basic arithmetic skills fun? Well, we’re sure you’ll appreciate this particular inclusion in our math apps for kids array. When your tyke dives into these confines, he or she can expect to be bombarded with activities such as addition, subtraction, learning numbers, finding a match, choosing max/min numbers and even advanced exercises for the older audience. The Google Play Store is also home to a Lite version of the game for those of you who want to try it out first before shelling out just under $3.

5 – Intro to Math by Montessorium: 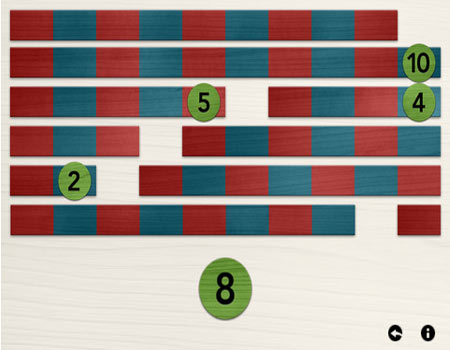 Created for iOS devices, this top treat doesn’t just suddenly throw multiplication and division problems at your child. It instead strives to first firmly build the basic foundations of arithmetic by proffering a number of features. It teaches them how to read and write numbers from 0 to 9, odd and even digits, different sequences and number symbols and their units. Some of the exercises found here include red and number rods, sandpaper numbers, number cards and more. 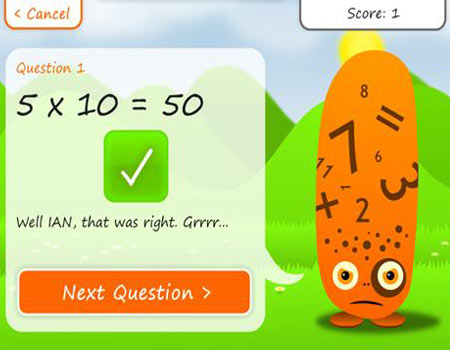 This contender in our math apps for kids roundup calls on all tiny tots to come to the rescue of Whizz as he strives to free 24 other Squeebles from the clutches of the evil Maths Monster. Now Whizz can only be successful if he answers times tables questions correctly. There are 4 game modes to take advantage of here.

Along the way, your child can earn trophies, medals and background themes, among other things which will surely boost their confidence. It further supports up to 4 players on a single device. 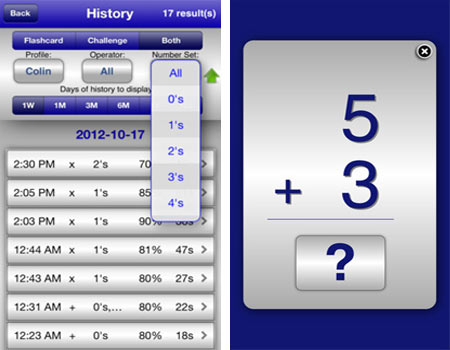 Our final mention is aimed at improving the arithmetic skills of grade school children. This one is packed to the hilt with some pretty meaty attributes. A few of these include Challenge mode and Flashcard mode which are allotted for tests and practice sessions, respectively. Parents and teachers will also find different number sets for catering to various difficulty levels. They’ll even be able to espy detailed listing of the results like how many problems were answered wrong and the time taken to solve the number set.

If you’re a parent looking to educate your precious little bundle of joy, you can always rely on our roster of best math apps for kids to do the job. Your children will be able to learn a lot from the programs, while having a ton of fun along the way. Watch as your tyke’s eyes light up with joy as they learn from adorable cartoon characters. Do let us know which of the aforesaid delights have helped you and your tiny tot.