We’ve prepped a list of the best budget sound bars companies have to offer, delivering high quality audio in compact designs without leaving a hole in your pocket. Lower prices don’t necessarily mean you have to compromise on features. And being able to deliver a bang for every buck is precisely what makes the systems listed below the best in their category.

From various proprietary sound enhancements like Dolby and DTS audio to homebrewed technologies and a host of connectivity options, these audio setups make ideal companions for HDTVs by delivering the sound you deserve to go with those great visuals. We’ve picked devices that start at a low price of just $199.99 and don’t cross the $350 mark. What’s more, they’re all easy to set up and most of them can be wall mounted for a clean and clutter-free appearance. 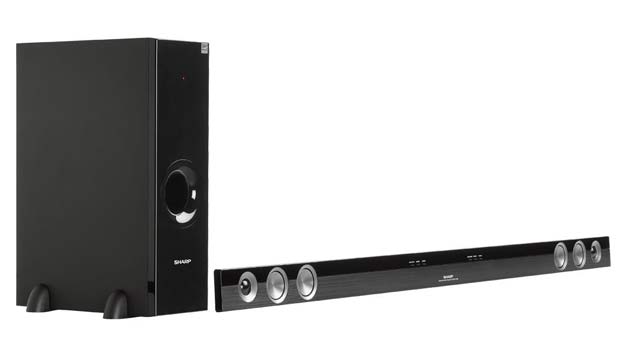 The Sharp HT-SB60 is quite an alluring setup. It’s stylish and compact. However, it’s designed for TVs over 60 inches. It comes with a 2.1 channel system which may be disappointing for some, but with 310W RMS of power, you’re need for blasting beats are surely going to be fulfilled. The setup is basically dual 80W speakers and a 150W subwoofer which is wirelessly connected to the bar via Bluetooth.

In spite of the connectivity option, you won’t be able to stream audio to the set. But look on the bright side, there’s a built-in Dolby Digital and DTS Digital Surround decoder. Where inputs are concerned, you’ll have a 3.5mm stereo jack, 2 HDMI ports and one with ART, as well as an optical digital jack. The unit can be wall-mounted or placed on a flat surface. 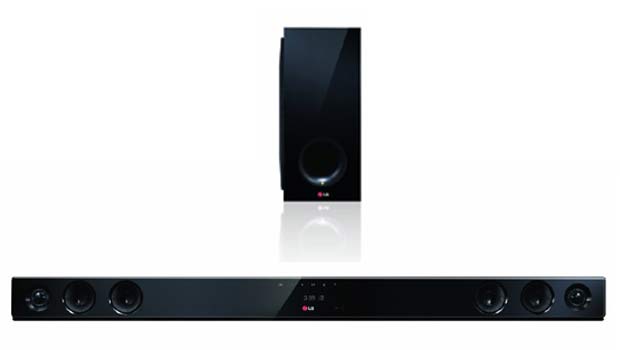 The LG NB4530A is said to be a perfect match for 47-inch TVs. It comes in choices of black and silver and features a premium design of just 35mm thick which has a very minimalistic appearance. Similar to the Sharp HT-SB60, this system comes with 2.1 channel output via dual 80W speakers and a wireless 150W subwoofer. However, this one supports wireless streaming over Bluetooth.

There’s DTS audio and Dolby Digital onboard as well as the company’s own 3D Surround Processor calibration technology. Also, if you’ve got one of the conglomerate’s TV sets made in 2013, it can be hooked up to this system wirelessly. Other connectivity options include optical input, a 3.5mm audio jack, USB and HDMI. 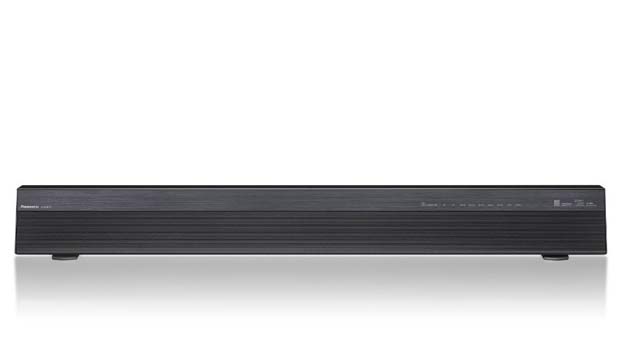 If you’re really looking for something that will go easy on the pocket with a decent amount of oomph, the Panasonic SC-HTB70 is definitely worth a look. The device doesn’t come with a separate subwoofer since all components have been incorporated into a single unit. On the inside, there are two 30W speakers and a 60W woofer. You’ll also be treated to technologies such as Dolby Digital, Dolby Pro Logic II, Dolby Virtual Speaker and DTS.

It can be placed in any desired position and the device will adjust the output for an ideal experience. This is achieved by leveraging a built-in senor. For connectivity, does HDMI, digital optical and 3.5mmm audio ports sound good enough? You can also add Bluetooth to that list. 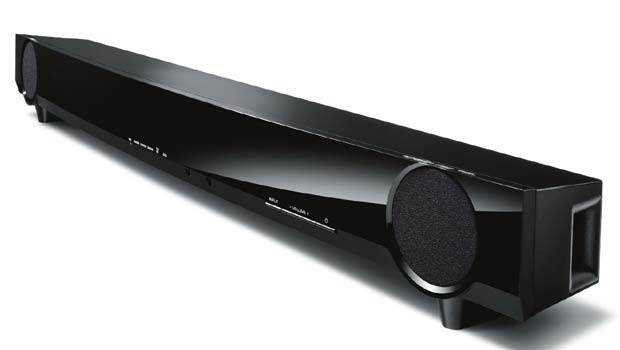 The Yamaha YAS-101 is aesthetically pleasing and it proffers high quality audio output at a budget-minded cost. The device is slim and comes with an all-in-one design where the speakers and subwoofer reside under the same roof. It has a total output of 120W and is capable of delivering 7.1 channel audio through the inclusion of the Air Surround Xtreme technology. There’s also Dolby Digital and DTS Digital Surround enhancements as well as the company’s homebrewed feature which normalize audio levels during shows and ads.

To save you from the annoyance cause by the obstruction of your TVs IR port, an IR flasher has been fitted here. While all this looks great, there’s a downside to this system – You’ll get a limited set of connectivity options. There’s digital optical and coaxial, but no HDMI, Bluetooth or wireless streaming. A separate port has been provided if you feel the need to throw in an additional subwoofer. 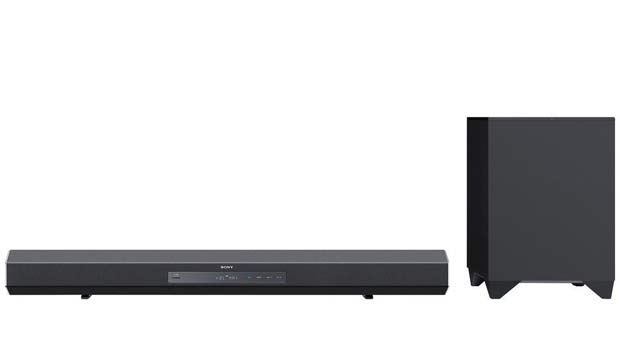 Next up is the Sony HT-CT260 that has a 2.1 channel system with 300W of power. The subwoofer as in most other sound bars mentioned here, is wirelessly connected to the main unit. The device features a hexagon design and is said to be a perfect companion for 40-inch or larger HDTVs. Sony has thrown in its S-Force Pro surround sound along with Dolby Digital, Dolby Dual Mono, Dolby Pro Logic II and DTS enhancements. You’ll be able to hook this system up to your TV via digital optical or stream music to the set through Bluetooth. There are no HDMI ports provided. Like the YAS-101, this piece of hardware is able to transmit IR signals to your TV instead of blocking them. 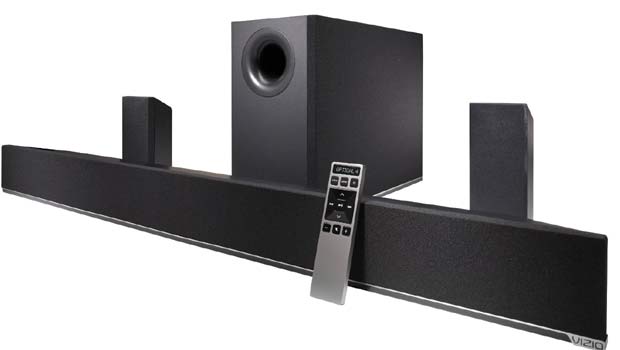 So far, almost every addition to this roster has been 2.1 channel systems. The Vizio S4251w-B4, however, comes with a 5.1 (left, right and center) channel setup to deliver a complete home theater experience. The subwoofer and rear speakers are wireless and Bluetooth support also extends to streaming audio via smartphones and tablets amongst others.

The company has thrown in a wide range of inputs, both digital and analog. They include a standard 3.5mm audio jack, digital optical and coaxial as well as USB for .wav playback.

We’re pretty sure you’re convinced that these are some of the best budget sound bars in the market. None of them are priced any higher than $350 and some are even highly affordable at just $200, with rich features. So do tell us, which of these audio systems do you plan on picking up?