The best iPhone panorama apps should be capable of offering better 360-degree images than your smartphone’s built-in camera. In case you are not the owner of the latest iPhone, you will need one of these programs to help you out with taking an extended shot of the scenery. And some of these apps can also be used for the purpose of enhancing your pictures with various effects and filters. So take a look at the randomly compiled list of options to capture all your memories exactly the way you see them. 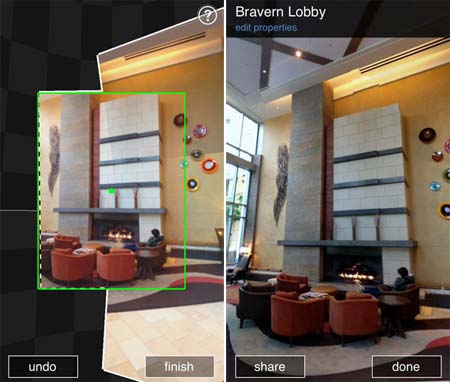 Photosynth developed by Microsoft, is compatible with most iOS devices and has especially been optimized for the latest generation smartphone. It captures extended shots of places, events or people and makes use of the computer vision techniques to take both horizontal and vertical images. Thus, you can expect the program to create a full continuous sphere.

Complete with an advanced image stitching engine, the app enables you to share these interactive photos with friends over Facebook and Twitter via Photosynth.net. You can even upload them as images on these social networks and access them via any other software through Camera Roll. 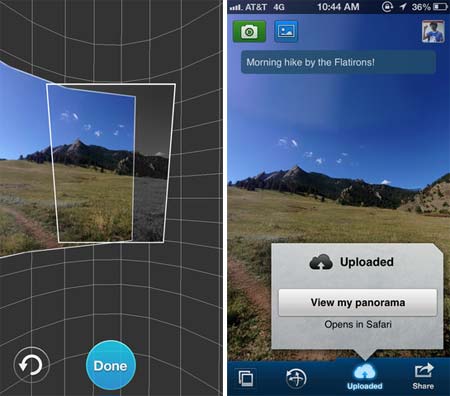 This tool has been added to our iPhone panorama apps lineup due to its ability to transform your smartphone into a 360-degree camera, if it is not already. Besides iPhone, it can be used on iPod touch as well as iPad. It produces an extended image within a matter of seconds and allows you to instantly share them with friends over various social networks.

According to the developers, the application has been designed in such a way that it takes full advantage of most of the built-in camera features and the gyroscope of your gadget to deliver the desired results. 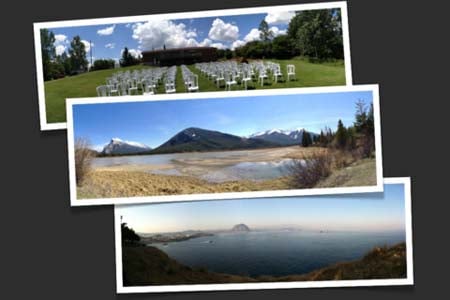 Pano claims to be capable of creating 360-degree shots of up to 24MP and comes up with seamless pictures without the help of any desktop software. It takes advantage of a proprietary imaging technology that stitches as many as 16 images together to produce a single high-quality shot.

To add to it, the developers have also blessed the app with a simple interface and multiple other functions for alignment, blending and color-correction. The app supports geo-tagging and to ensure a perfect shot, it tags along a semi-transparent guide too. All your resulting photos are saved on Camera Roll. 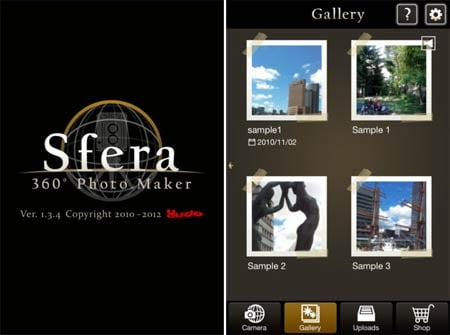 The next contender on our iPhone panorama apps compilation has been assigned to Sfera, developed by Yudo Inc. It tags along a modified interface with intuitive functions and allows you to record a 20-second sound sequence while you are capturing the shot. The sound clip is automatically added to the picture and is played every time you open it. Besides 360 degree shots of the scenery, a person or an object, the app has been added with another attribute to capture a ‘behind you’ photo using the front-facing webcam of the gadget. Once you put the front camera on, just turn clockwise and the software will produce the required effect. 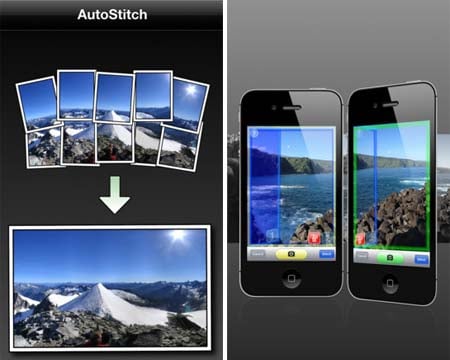 Meant to be used on iOS devices running version 4.3 or later, AutoStitch can help you capture up to 18MP wide-angle shots. Its developers believe that it can produce seamless photos in both horizontal and vertical arrangements. And that’s not quite all. You can choose to have both of these arrangements mixed into a single image for an even better view.

Instead of using low-resolution video frames, it stitches high-resolution images to ensure better-quality photos. Some of the latest devices can also make the most of the StitchGuide mode and share the photos with friends and family through multiple social networking websites. 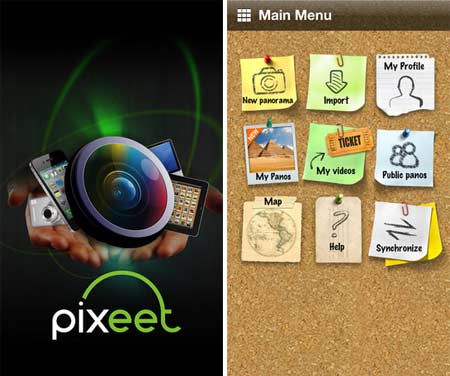 And now we have a tool on our iPhone panorama apps catalog that goes by the name of Pixeet 360 and can be used for the purpose of viewing, creating and sharing this type of pictures. It manages to create a spherical shot using merely 4 pictures and even imports images in various other formats. And what’s more, the app has been deployed with a 3D engine and has a hosting plan as well for enabling you to embed these shots on various websites, blogs or social networks. And to make your output look even more appealing, there are auto exposure and vignetting correction options built into the program. 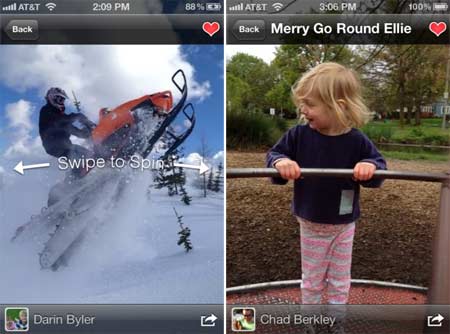 To take a panoramic shot using SpinCam, all you have to do is turn the camera on and spin in your place or walk in a circle and the tool does the rest of the work of creating a spinning shot. Like a number of other similar alternatives, it makes use of the phone’s gyroscope. It goes without saying that you can easily share all of these pictures via email, a web link or through social networking sites like Facebook and Twitter. Another advantage of the program is that it features a browsable stream which is nothing but a list of spins created by people across the globe. You can like these images and even share them with others and upload your photos to show off your photography skills.

So do you still think you don’t need these best iPhone panorama apps and that the one that comes along with the iOS 6 platform is more than enough for you? Do drop in a line in the comment box below to let us know about your take on these tools.